‘We learnt so much from DJ’ – Frater 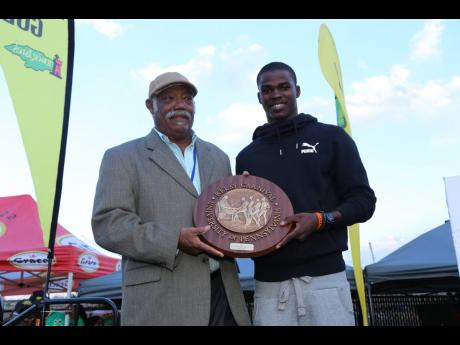 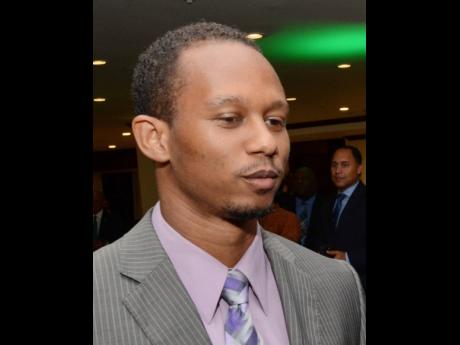 Olympic and World Championship gold medallist Michael Frater said he learnt a lot from the late Dennis Johnson when their paths crossed at the University of Technology (UTech).

Speaking days after Johnson’s recent passing, Frater described him as an awesome person who taught athletes how to enjoy the sport of track and field.

Now a coach himself, Frater spoke warmly of the man who once equalled the 100-yard world record of 9.3 seconds three times in a fortnight.

Visibly moved, Frater said, “DJ was an awesome person to me.”

They met near the end of Johnson’s long tenure as UTech’s director of sports, with Frater training there as a member of the MVP Track Club.

“From the first time I got there, I learnt so much from him – from the whole attitude towards training, the work ethic, everything – and he just taught you to just enjoy the sport,” Frater recalled.

The 2005 World Championship 100-metre runner-up has fond memories of Johnson sharing the knowledge he had gained as a 1960 and 1964 Olympic sprinter and as a coach of athletes, including the Bolts of Lightning 4x100m team, which was the first local quartet to break 40 seconds.

“He would give us stories of his days, as well as of those guys and how he conditioned them. I think he was a person that coach Francis learnt a lot from as well,” he added, referring MVP pioneer Stephen Francis.

Johnson facilitated the location of MVP at UTech in 1999, thus opening the door to a new era in Jamaican track and field, revolving around athletes staying at home.

A member of the 2004 Olympic team, which had Johnson as a member of the coaching staff, the retired 2003 Pan Am champion was surprised by the news of Johnson’s death.

“I regret the passing. When I got the news, it really hurt because up to the day before, I checked up and they said he was in good spirits. It came as a shock for the most part,” he said mournfully.

Pablo McNeil, Patrick Robinson, Lindy Headley and Johnson scored a historic fourth-place finish in the 4x100m at the 1964 Olympics in Tokyo. It was the first time Jamaica had reached the final.