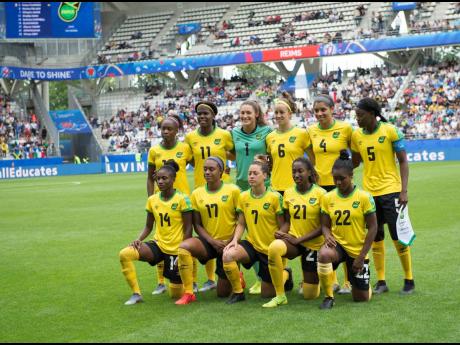 After more than a year of inactivity, the national senior women's football team will make their competitive return as participants at United States (US) Soccer's 2021 Summer Series, scheduled to take place in Houston, Texas next month.

The Reggae Girlz will play Nigeria, the top-ranked African nation according to the FIFA/Coca Cola World Ranking, on June 10, before facing world champions the US on June 13.

Both games will be played at the BBVA Compass Stadium.

Portugal is the other team that will take part in the series. The pair of games marks the beginning of the senior team's road to the 2023 FIFA Women's World Cup scheduled to take place in Australia and New Zealand with qualifying expected to begin in November.

The team's last competitive game was against St Kitts and Nevis on February 4, 2020 during its unsuccessful Tokyo Olympic qualifying campaign. Since the COVID-19 pandemic, no football activities for the senior women have taken place.

The list of players called up for the two friendlies includes a majority of overseas-based played from the National Women's Soccer League in the US, division one colleges in the US, as well clubs in Europe.