Mothering from a distance

Sunshine Girls star shares struggles being away from daughter 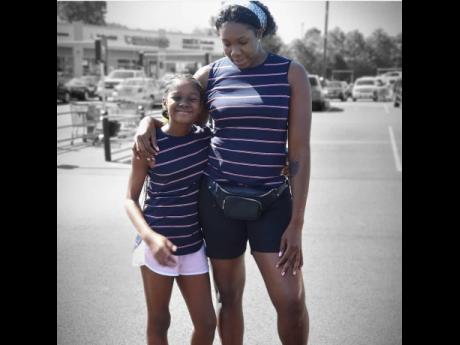 For national senior netball captain Jhaniele Fowler, being away from her daughter, when she competes overseas with the Sunshine Girls and her Australia-based club, has been one of the hardest things that she has had to deal with as a mother.

Fowler is currently competing in the Suncorp Super Netball Championships in Australia with West Coast Fever, while her 11-year-old daughter Drehannah Reid resides at home in Jamaica with relatives.

In fact, Fowler has been travelling extensively since her daughter was born and has been playing club netball overseas since she was four years old.

She recalls being brought to tears the first time she had to leave Drehannah behind in order to take up an eight-month professional netball contract in the ANZ Championships in New Zealand in 2013.

“When I was in the airport the first time, and after walking through the security, I was in so much tears and I was like, ‘What am I really doing, is this what mothers do’?” said Fowler.

“It did have its financial benefits, and I had to look at that aspect of it as well, to say that I am not only doing this for myself, but for her, so it was an opportunity for me, but making that choice was not easy,” she shared.

“While I was excited to go because it was a new thing for me, I was also very sad. She was just four years old at the time and so I was very sad. I didn’t know if I was making the right choice, but I know it was something that I wanted to do, because I wanted to make this step in my career, and that part I was okay with. However, leaving her for eight months was really difficult for me as a mother,” Fowler told The Sunday Gleaner.

However, Fowler, who is rated as the best goal shooter in the world, underscored that despite her being away from Drehannah physically, their relationship has improved significantly over the years because she now understands the nature of what she does for a living.

“Having to leave her is never easy because I have been leaving her since she was young, but she has been dealing with it, which makes it a lot easier for me to cope. She understands and she knows what happening,” Fowler said.

“We speak every day and we video-call every day. I read her stories to go to bed because she really likes that, and so our relationship is really good and I am really pleased at how much she supports me in doing what I do,” she said.