No Carifta? We’ll focus on World U20 – Gayle 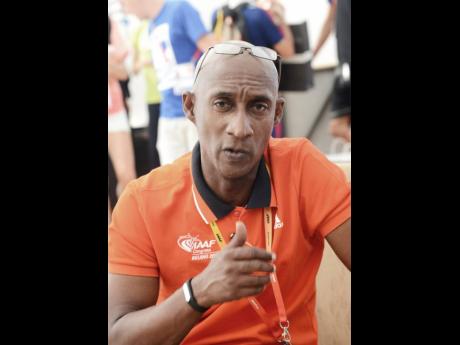 While disappointed with the cancellation of the Carifta Games for a second consecutive year, Jamaica Athletics Administrative Association President, Garth Gayle, said that the 2021 ISSA/GraceKennedy Boys and Girls’ Athletics Championships (Champs)...

While disappointed with the cancellation of the Carifta Games for a second consecutive year, Jamaica Athletics Administrative Association President, Garth Gayle, said that the 2021 ISSA/GraceKennedy Boys and Girls’ Athletics Championships (Champs) presents the opportunity to assemble a first- choice team for the upcoming World Athletics Under-20 Championships.

The North American, Central American and Caribbean Athletics Association (NACAC) made the decision on Monday to abandon the 2021 edition of the competition, which was scheduled to be held in August in Bermuda.

In a statement, NACAC General Secretary Keith Joseph said that they had no choice but to cancel the games because of challenges relating to the COVID-19 pandemic, ranging from strict quarantine requirements for non-vaccinated persons to lack of additional funding.

Gayle, who attended the opening day of Champs yesterday, said that the cancellation will present an opportunity to focus their attention on the World Under-20s with a full strength squad.

“Simply put, we were prepared to have representation at both levels. However, it has made our job much easier to concentrate on the best crop of our athletes coming out of these championships,” Gayle told The Gleaner. “We will embark on a summer programme with the coaches of these athletes to ensure that we have a properly prepared team, to do battle in Kenya at the World Athletics Under-20 Championships.”

The cancellation of the competition also prevents a potential scheduling headache for the federation. The Carifta Games, which were pushed back twice, were scheduled for August 13-15 with the World Under-20 slated for August 17-22 in Kenya.

Joseph said that because of the different vaccination requirements for the regional territories, which only allow those 18 and over to be vaccinated, they were not prepared to have a competition without the Under-17s, which they regard as highly important to the competition.

“We cannot host the event without the Under-17s who, from our vantage point, are as integral to the event as the Under-20s. We have not agreed to having an edition of the Carifta Games that does not engage the traditional categories and which disenfranchised a significant number of athletes,” Joseph said.

Gayle said that with the ability for Champs to be staged given the restrictions and complications of the pandemic, it will receive both regional and international scrutiny.

“I’m sure World Athletics are keenly observing what is happening as well as NACAC,” Gayle said. “We are able to stage a mega junior championships in a pandemic year and that for me and for the federation is a win-win situation.”