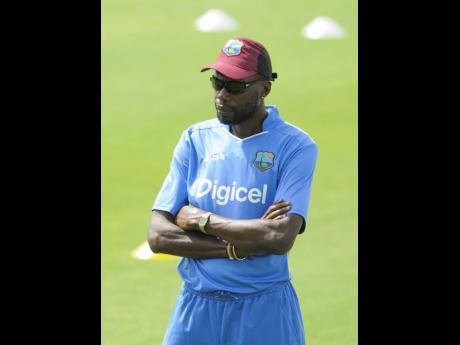 Legendary fast bowler Sir Curtly Ambrose has dismissed any chance of West Indies rediscovering the stellar form which typified their halcyon era of the late 1970s and ‘80s.

The Antiguan, who snared 405 wickets from 98 Tests, said while there were quality players among the current generation, there were simply not enough to compare to the galaxy of world-class stars which had spearheaded the Caribbean side’s unparalleled success in the past.

“This is no disrespect to the players we have now because we have a couple of guys who have some quality in them and can become great, but what we have to understand is, I don’t think we will ever see those great exceptional glory days again,” Sir Curtly said.

West Indies dominated world cricket first under Clive Lloyd and then under the peerless Sir Viv, winning the inaugural 50-over World Cup in 1975, successfully defending their title four years later, before losing in the 1983 final to India.

Starting in 1980, West Indies produced a staggering 15-year period of unrivalled Test success, where they went unbeaten in 29 series – winning 20 and drawing nine.

Between 1982 and 1986, West Indies were good enough to reel off seven straight series victories.

Currently, West Indies lie eighth in the ICC Test rankings and eighth in ODIs following a protracted run of poor form over the last 20 years.

The 57-year-old Sir Curtly, who made his debut alongside Walsh in a team that included Sir Gordon, Sir Richie and Haynes, said the success of the great Windies sides had been a great source of pride for Caribbean people across the globe – a fact that appeared lost on the current generation of players.

“I think nowadays most of the youngsters we have now probably don’t quite understand what cricket means to West Indians in the West Indies and abroad, because cricket is the only sport that really unites Caribbean people,” Sir Curtly argued.

“So it is going to be difficult to see those glory days again. Yes, we can be competitive and climb up the ICC rankings and be a force to be reckoned with again, but those glory days? I don’t think we’ll see them again.”