Don’t think about it! 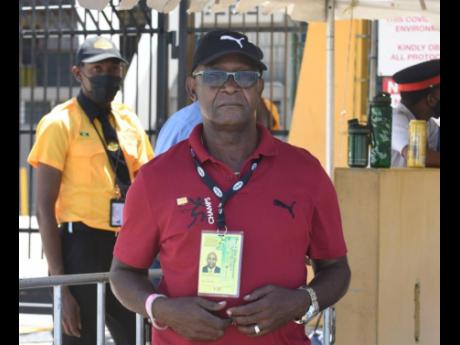 Retired captain Astley Jones, chief security organiser of the ISSA/GraceKennedy Boys and Girls’ Athletics Championships, is reminding fans that spectators will not be allowed at the venue, warning that strong measures will be taken to keep the National Stadium free of unauthorised personnel throughout the event.

This year’s championships is being staged under strict COVID-19 safety protocols, which, among other things, bar spectators from entering the venue.

Jones told The Gleaner that the complement of security personnel has been beefed up in and around the Independence Park Complex, which houses the National Stadium, so as to prevent any spectators from entering the facility illegally.

“If they are not aware, then they should be aware, that Champs is only for the officials, just as the other meets that were held leading up to Champs,” said Jones. “Do not come to the National Stadium expecting to get in because it will not be possible.

“The Jamaica Constabulary Force is surveying the place and they are monitoring around the perimeter of the stadium to ensure that people don’t gather along Mountain View Avenue or along Arthur Wint Drive, and at the main gates and at the points of entry, so even for swimming people, there is a different entry for that,” Jones pointed out, in reference to persons using the National Aquatics Centre, which sits adjacent to the National Stadium.

The Gleaner was informed that over 200 security personnel will be deployed in and around the venue over the next three days of the championships.

Jones underscored that extra security personnel, including plain clothes officers, will be brought in over the next few days, so as to provide additional help to security personnel that are currently on the ground.

“To get into the National Stadium is going to be difficult once you are not permitted to do so, because you have to be temperature-checked and your name logged, as well as show your accreditation,” said Jones.

“You have to have an armband, and the armband that is issued changes colour every day, and so it is very tight even for the people who are in here, where they can go and where they can’t go,” he said, before adding further discouragement for persons harbouring thoughts of trying to enter the facility.

“No additional persons will be coming in on the final day because the finals are being spread over every day. For Saturday, we will start a bit early and we end at 3:30 p.m. because of the fact that there is a curfew. There is no need for anyone to come to the stadium as the championship is being shown live on TVJ for everyone to see,” Jones pointed out.