Regional athletes continue to make their presence felt at Champs 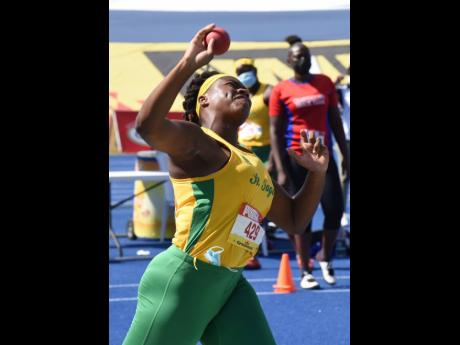 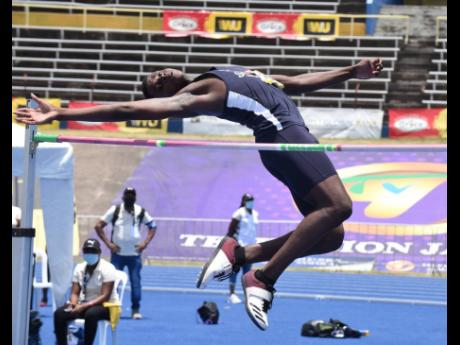 Ian Allen
Jaidi James from Jamaica College on his way to winning the Class Three High Jump event with a clearance of 1.86 metres at the ISSA/GraceKennedy Boys and Girls’ Athletics Championships at the National Stadium on Thursday, May 13, 2021.
1
2

Jamaica’s dominance in regional and international athletics over the years has served as a calling card for many youngsters from across the Caribbean who are looking to advance their athletics careers, with the just-concluded ISSA/GraceKennedy Boys and Girls’ Athletics Championships, again providing the platform for student-athletes from neighbouring countries.

Kingston College’s (KC) Antiguan sprinter Zharnel Hughes, Munro’s Delano Williams (Turks and Caicos), Calabar’s Jorel Bellafonte (Cayman Islands), Louis Gordon (Cayman Islands) from KC, among the boys, and St Jago’s Nelda Huggins (British Virgin Islands) and St Catherine High’s St Lucian speedster Julien Alfred, among the girls, are among those who have made their presence felt with outstanding performances at these championships over the years.

In fact, there has been an increase in the presence of regionally based athletes at local high schools, with the 2021 installment of Champs seeing a greater number of Caribbean talent competing and scoring significant points for their respective teams.

Boys’ champions Jamaica College (JC) were helped to their first title in 10 years by eight nationals from Caribbean territories.

Class One jumper Nishon Pierre from Grenada led the way for the Old Hope Road-based team after capturing gold in the high jump event. Two athletes from Trinidad and Tobago - in Jaidi James, who won the Class Three High Jump, and Veayon Joseph, who was sixth in the Javelin Open, brought in points for JC. Guyanese Revon Williams, who was fifth in the Class One 400m and his countryman, Matthew Gordon, who ran third in the Open 2000m Steeplechase, along with the St Vincent pair of Handel Roban, who was fourth in the Class One 800m, and Uroy Ryan, who finished third in the Class One Long Jump, all contributed significant points for the champions.

Lebron James, another Trini, competed in the Class Two High Jump but failed to get among the points for JC.

KC had fourth-placed finisher in the Class One Boys’ High Jump event, Verrol Sam from St Vincent, to thank for five of their 313 points, and Joshua St Jean (Dominica), who was sixth in the Boys’ Class Two 100m, represented Edwin Allen High School.

On the female side, Grenada’s Jamora Alves was among the most impressive foreigner on the female side, with the St Jago standout pocketing a gold and a bronze medal for the Monk Street team. She was victorious in the Class Two Shot Put event, while finishing third in the Open Javelin throw.

St Catherine High’s Natalie Albert, who hails from St Lucia, was fourth in the Open Javelin throw, while champions Edwin Allen High was represented in the Class One High Jump by Ahshareah Enoe of Grenada, who finished outside of the points in the event.

It is expected that the trend of regional athletes competing at Champs will continue in the coming seasons, with rumours that one major team has already dipped its hand in the Grenada market, with five athletes expected to arrive in time to compete at next year’s championships.