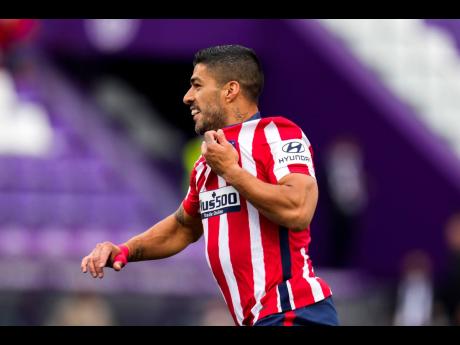 Practically handed a world-class scorer by one of their top rivals, Atlético Madrid rode the goals of Luis Suárez, burning to prove his former team wrong, and on the competitive all-for-one spirit preached by Diego Simeone to the Spanish league title.

Here’s how Atlético beat out Real Madrid and Barcelona for their first Liga crown in seven years:

With Barcelona sunk in mounting debt and coming off a season without a title, the club in September told Suárez – their third all-time leading scorer no less – that he needed to find a new home.

After a move to Italy fell through, Barcelona stunned their fans by selling Suárez on the cheap to Atlético to shed his salary. The transfer fee, which with add-ons could only reach US$7 million, was a ludicrously small sum for a player who had netted 21 goals for Barcelona in the previous season.

The deal proved to be a boon for Simeone. Finally, he had a ruthless finisher in Suárez who, at age 34, has lost quickness but maintains his killer instinct when the ball reaches him anywhere near the net. The Uruguay striker scored 21 goals for his new club and gave it an intimidating point of attack that also opened up space for his teammates.

That included winners by Suárez in both of Atlético’s final two matches of the season where they were trailing. Suárez’s 88th-minute strike completed a 2-1 comeback win over Osasuna in the second-to-last round to keep Atlético in front of Madrid. And none was bigger than his second-half goal to complete the come-from-behind victory against Valladolid.

After the win at Valladolid, Suárez was overcome by an outpouring of emotion that brought together the joy of victory and the satisfaction of having made Barcelona regret his exit. After embracing his teammates and coaches, Suárez sat on the turf and made a video call, apparently to his wife and children, where he openly wept.

“This has been a hard season for the situation I had to go through, starting the season the way it did, being disrespected (by Barcelona) and having Atlético open its doors to me,¨ Suárez said, speaking through his tears after the final whistle. “I will always be thankful to this great club for that. I have been in soccer for many years and I think this has been the most difficult year for me.”