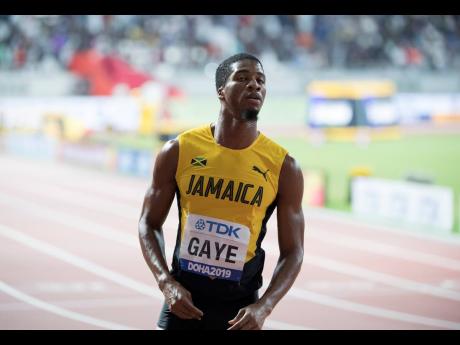 Local athletes preparing for next month’s National Senior Championships will get another chance to compete for cash incentives when the JOA/JAAA Olympic Destiny Series continues at the National Stadium. Action begins at 8:15 a.m. with the running of the Women’s 100m.

Athletes can earn a maximum of $100,000 for topping Premium events and $70,000 for Classic events, and performances should be of a high standard. Last week’s display pleased Jamaica Athletics Administrative Association president Garth Gayle. “We saw last week where there were several personal- and season-best performances by our athletes. I expect to see more of those Saturday, as the incentive programme has really helped to motivate these athletes as they get their preparation in high gear for what is expected to be a very competitive National Senior Championships,” Gayle said in a mid-week interview with The Gleaner.

Following his season opener where he topped the Men’s 400m field with a 45.84 seconds clocking, SprinTec Track Club’s Demish Gaye looks set to improve on that time as he competes once again in the one-lap event. He will be challenged by national record holder Rusheen McDonald (MVP), Terry Thomas and Anthony Cox of Racers Track Club and the SprinTec duo of Demar Murray and Akini Slater.

Racers Track Club’s Miguel Francis will spearhead a competitive field in the Men’s 200m where Swept Track Club’s Tyquendo Tracy, following his winning time of 20.47 seconds a week ago, will be hoping for more success. Also down to compete in the half-lap event are schoolboy Antonio Watson of SprinTec’s Rasheed Dwyer and Swept Track Club’s Emmanuel Callender.

Fresh off their run at last Sunday’s Gateshead Diamond League, the MVP trio of Shericka Jackson, Natasha Morrison and Stephenie Ann McPherson will headline the Women’s 200 metres line-up, which will also include Tiffany James Rose of Cameron Blazers Track Club.