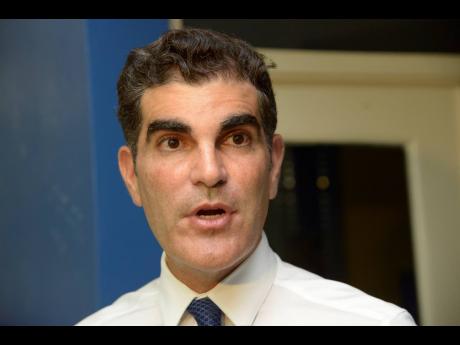 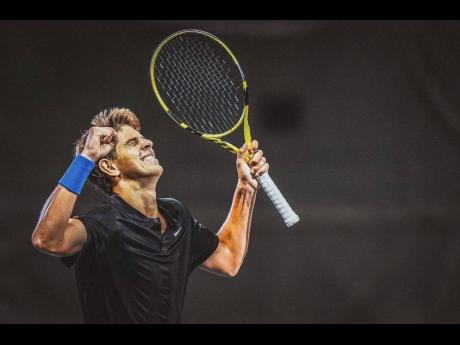 Tennis Jamaica (TJ) president, John Azar, has high hopes forin Jamaica men’s Davis Cup team, which is being led by University of Florida’s standout, Blaise Bicknell, and its chance of topping Group Three of the Americas tournament, set for Panama from June 30 to July 3.

That’ is an outcome that would lead to the country regaining promotion to Group Two.

Jamaica started its Davis Cup participation in Group Two in the international tournament in 1988 but has fluctuated from that ranking to Group Three over the years.

However, with the current team being led by Bicknell, who led the Florida Gators to the NCAA title recently, while going unbeaten in 16 singles matches, and Randy Phillips, an active Challengers Cup competitor, Azar is optimistic about the team’s chances.

“Blaise and Randy are in fine form. They are both competing heavily internationally, and they are at the peak of their careers,” said Azar.

“Bicknell just completed a remarkable season in NCAA Division One, and Phillips, the most successful player in Jamaica’s Davis Cup history, is competing internationally in Challenger events.

“Both have ATP world ranking, and we know a lot of the players competing there and how our players match up against them.So the expectation is very high, and I would say that we are very confident of winning the Group Three Davis Cup tie and once again be promoted back to Group Two,” added Azar.

Based on their international ranking and current performances, Bicknell and Phillips have been exempted from next week’s (June 10-12) trials to select the team.

Jacob Bicknell, Dimitri Bird, John Chin, and Jeremy Miller will compete for the two remaining spots, and Azar is confident that whichever pair qualifies to join them, will make it a very strong team going to Panama.

“It will be a four-player round-robin trials to select the other two members of the team. And looking at the four members invited to trials, I would say regardless of who is ultimately selected, I am confident that the two players that emerge from the trials will definitely complement the team, and I certainly expect them to give an excellent effort,” he stated.

“All four have represented us in the past in Davis Cup, so they are all experienced players,” Azar continued.

“We are also very pleased that Dominic Pagon, who is very experienced in Davis Cup, both as a player and captain-/coach, will be accompanying the team in the capacity of coach.

“So we certainly are not taking things for granted, but we are confident of winning the entire thing and being promoted back to Group Two,” said Azar.

Teams will be grouped in three groups of three, with a fourth group consisting of four teams.

The group winners will advance to a promotional play-off, for two places in the 2022 World Group Two play-offs.

In 2019, Jamaica advanced to the World Group Two play-offs but were defeated by El Salvador.