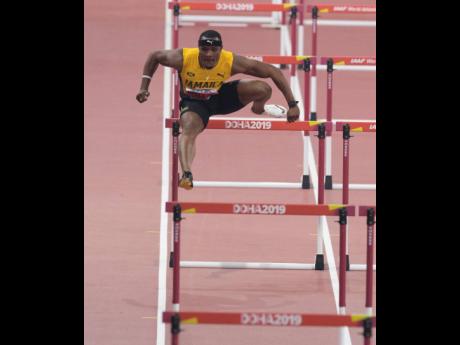 McLeod, whose previous season’s best was 13.11s, is the second fastest on the World Athletics top list and fastest Jamaican so far in the event after overtaking Rasheed Broadbell (13.10s). Grant Holloway of the United States of America (USA) is still top with 13.07s.

Holloway and McLeod were expected to clash in the event for the first time in Jacksonville, Florida last week, but McLeod, after winning his heat, was absent for the final.

He showed good form as he won unchallenged yesterday, ahead of USA’s Devon Allen, second in 13.32 seconds, with Frenchman Wilhem Belocian third in a season’s best 13.34s.

After a season’s best 12.87s in the women’s 100m hurdles a few days earlier in Austria, Jamaica’s Megan Tapper could only manage fifth in 13.05s at the meet yesterday. World leader in the event, Puerto Rico’s Jasmine Camacho-Quinn, won in 12.44s, setting a meet record in the process.

Kerley was too good for the field in the men’s 400m after winning in 44.74s as the Netherlands’ Jochem Dobber was second in 45.51s.