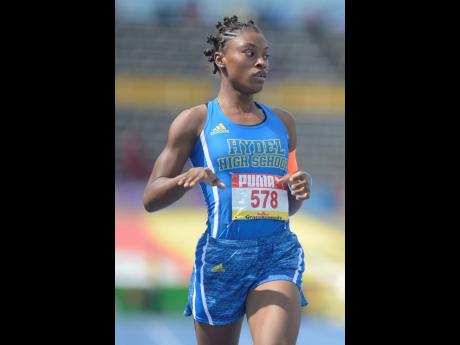 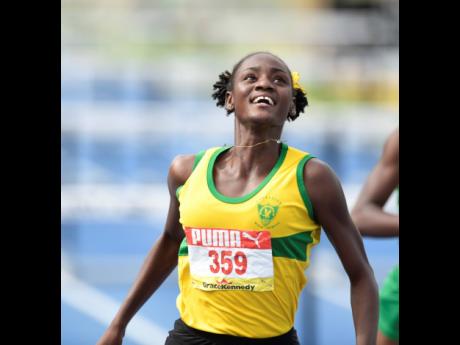 A good showing is expected from the country’s young female athletes when they start competition at the NCAA Division I Track and Field Championships in Eugene, Oregon, tomorrow, a day after the men bow into action.

There will be heightened interest around the performances, with several of these athletes expected to challenge for places on Jamaica’s team to this summer’s Olympic Games in Tokyo, at the National Senior Championships, which is scheduled to start on June 24.

Four Jamaicans will be involved in the opening individual track event, with the Women’s 100m hurdles semi-finals set to get under way at 6:46 p.m. Jamaican time.

Competing for Baylor University, Nugent will be gunning for the double after winning the Indoor 60m hurdles title and entering the championships with a season and personal best of 12.76 seconds. Freeman, a freshman at the University of Arkansas, comes in with a 12.92 seconds clocking to her name.

Former Glengoffe and Hydel High School hurdler, Trishauna Hemmings, who has a season best of 12.94 seconds, will compete in Heat Two, while Mississippi State University’s Rosealee Cooper, formerly of St Jago High School (12.98), will feature in the third heat.

It will be a busy evening for Nugent, who will return to the track 14 minutes after competing in the hurdles event, as she will battle countrywoman Kemba Nelson in Heat One of the 100 metres, after qualifying with a time of 11.15 seconds.

Nelson, the former Mt Alvernia High School sprinter, who was a surprise 60m winner earlier in the season, will be looking to make the most of her home track at the University of Oregon and improve on her 10.98 seconds season and personal best time.

Two of the country’s top female quarter-milers this season, Stacy-Ann Williams of the University of Texas and Texas A&M’s Charokee Young, will be in action in the one-lap event at 7 p.m.

Williams, who represented St Elizabeth Technical, has already registered a time of 50.34 seconds, while former Hydel star Young, comes in with a season and personal best of 50.85 seconds.

Former Edwin Allen sprinter Kevona Davis (University of Texas) will line up in the 200m semi-finals, with her best of 22.87 seconds.

Two other Jamaicans will be involved in field events action on the day as Taisha Pryce, formerly of St Andrew Technical High School, who has a best of 6.73 metres, will compete for Kansas State University at 7 p.m. in the long jump, while Gabrielle Bailey of Kent University and formerly of St Jago High will feature in the shot put at 7:40 pm.