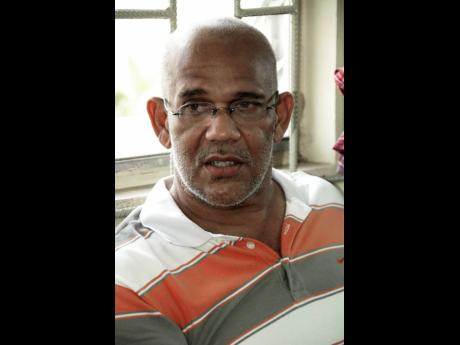 President of the United Racehorse Trainers Association (URTA) Ryan Darby described the passing of veteran trainer, Richard Todd, 61, who collapsed and died while going through his regular rounds at Caymanas Park yesterday, as sudden and shocking

Darby said he and Todd’s son, Steven, had just left the senior Todd in the stables in good shape minutes earlier when they were surprised by calls for Steven to return to the stable because his father had fallen.

“Steven and I were there working out when we got the call. Both of us work out at the same place. We were both at the furlong pole when they shouted to us that his father fell down,” shared Darby, who also served under Todd during his time as URTA president.

He said he eventually started fearing the worst when the veteran of over 600 wins at Caymanas Park stopped responding.

“When he was on the ground he was alive at some point, but he got a little bit more quiet before the ambulance came and we weren’t hearing any sound or breathing when they took him around (to the nursing bay),” he revealed. “But he was up and running minutes before that. It was as sudden, as it could have been. So sudden.”

“He was working under normal circumstances minutes before that so it is shocking. Condolences to the family. Steven and I hang out every day and I understand what he’s going through, as I lost my father two years ago, but this could not have been more sudden,” Darby shared.

Todd is the second prominent trainer to pass away in recent months, following legendary champion trainer, Wayne DaCosta, who died in March.

Richard, who followed in the footsteps of father LC Todd, also led the way for son, Steven.