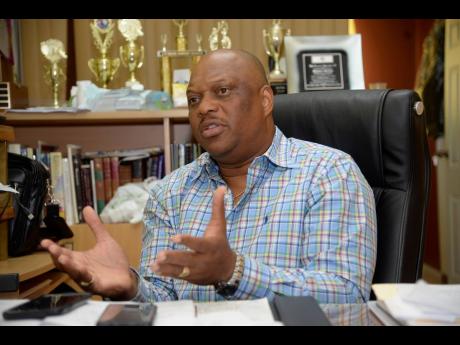 G.C. Foster College of Physical Education and Sport Principal Maurice Wilson says plans are being made for the construction of a 25m swimming pool to replace the 50m one on the campus.

Wilson told The Gleaner that this new pool will be installed beside the old diving pool, which has been out of operation for almost two decades.

“We are hoping to start between now and September, so any entity that is interested and wants to help, we would appreciate it, but we are going to start,” Wilson said.

“We have a dynamic board and they are all in support of us improving this facility to facilitate not only the students, but also the youngsters in the community who are interested in swimming in a very organised way.”

Wilson said that the construction will cost more than $50 million.

“We are actually using the [old] pool for storage as we speak, so we are hoping this new pool will be right alongside the old one,” he said. “This will be massive for the institution in more ways than one, and we are looking at about $50 million to do the pool and everything with the pool.

“My word to corporate Jamaica is that I would encourage every entity that is interested in nation-building to become a part of the G.C. Foster community, because apart from what we have accomplished already, the institution is on its way to bigger and better things.

“We are the only institution in this side of the world that I know of that offers a teacher education programme and offers the training of sports personnel at the level that we do. And with that being said, and with sports being at least four to five per cent of the global economy, then it may be wise to make this early investment.”

The school was opened in September 1980 as a gift from the Cuban government.