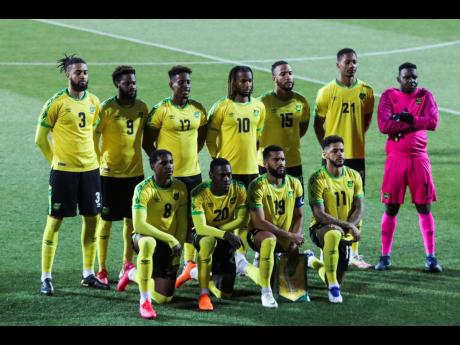 The Japan Olympic team (Under 23) defeated Jamaica 4-0 in their international friendly match at the Toyota Stadium in Toyota City, Japan on Saturday morning.

Takefusa Kubo, Wataru Endo, Ao Tanaka, and Ritsu Doan were the scorers for Japan while the Jamaicans offered nothing throughout the 90 minutes and posed no real threat to goalkeeper Kosei Tani.

Japan put early pressure on the Reggae Boyz in the first half, giving them little opportunity to settle into the game. Kubo gave them the lead after 31 minutes, managing to capitalise on a quick throw in to cut inside the box and finish past goalkeeper Dillon Barnes, who made his international debut.

Endo doubled their advantage minutes before the break with a curling shot from outside the box after some great interplay by Japan.

Jamaica were forced into an early change because defender Curtis Tilt received an injury and was substituted for Adrian Mariappa.

Jamaica's closest thing to a shot on target came just moments before halftime. Tani was off his line and a Jamaican attacker floated the ball into the box, but he scrambled back in time to grab the ball just before it crossed the goal line. The Reggae Boyz appealed to the referee but their protests were quickly dismissed.

It was more of the same in the second half as Japan were relentless in their attack. Tanaka increased their lead in the 57th minute when he collected pass from midfield and dinked the ball over Barnes and into the net. Seven minutes later, Doan made it four when he tapped home from close range.

The game was the final match of their two-match tour of Japan, which was being used as preparation for the Concacaf Gold Cup tournament next month and FIFA World Cup qualifiers in September.