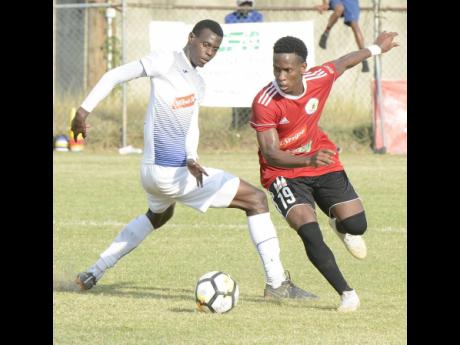 With just a few days to go before the start of the 2020/21 Jamaica Premier League (JPL) season, officials at two of the league’s rural-based outfits, Humble Lion and Mount Pleasant, have expressed concerns about the extra travel requirements they will face this season and the mental and physical impact this will have on their players.

This year’s competition will be held at three venues in the Corporate Area, namely the National Stadium, Stadium East Field and the UWI/JFF/Captain Horace Burrell Centre of Excellence, for the entirety of the four-month campaign that is scheduled to kick off on June 26 with no fans in attendance.

While the majority of the 12 participating clubs are based in Kingston and St Andrew, Mount Pleasant, who are based in St Ann, will be forced to travel close to 90km just to get to each match, while the Clarendon-based Humble Lion and Vere United will have to cover over 60km for each assignment, one way.

Humble Lion President Mike Henry underlined the additional cost and logistical issues that will have to be addressed ahead of the season.

League administrators, Professional Football Jamaica Limited (PFJL), have stated that they are looking to providing travel assistance to each team, especially the rural area clubs.

“We just said that we couldn’t afford the transportation so it (getting assistance) had to be done because, if you look on it, besides the distance, you have the tolls. So it’s very important that we are ensured (proper transportation). In terms of this year, if transportation (was not provided) we just couldn’t participate,” Henry told The Sunday Gleaner.

Henry also noted that considerations will also have to be made for those players from rural teams that are based in the Corporate Area that might need different arrangements than those that are in Clarendon, to get to the centralised venues.

“It is going to be very difficult for us because, if players might be driving in from Kingston on their own and when they come they have to go on a bus separately and get cars to follow them, all of this has to be worked out on how you are going to move forward. It is a strain and it would be a strain on the players,” Henry added.

Mount Pleasant’s manager David Galloway shared that the team has already been briefed on the mental demands of the weekly travel from Drax Hall, St Ann, but says that they are prepared for the hectic schedule, to make sure that they step on the field to compete.

“They are being prepared for it. We are trying hard to let them know mentally that this season will take a lot of mental commitment, another mindset, because we know that it is going to take hard work and dedication. Travelling from here coming into Kingston weekly, it’s very hectic but players have already conditioned their mind for it and they are just looking forward to an exciting season,” Galloway said.

Henry said that, while he was told that arrangements are being made to ease the travel issues, he fully understands and supports the need for strict measures to help protect everyone involved in the execution of the league, including the centralised venue arrangement.

“I’m told that everything has not been streamlined in terms of knowledge but, if we are going to be (using) the JUTC buses, we have to maintain the protocol levels, we have to make sure that we follow the protocol route that we are not exposed in any other way,” Henry said.

“The way the PFJL is structured is that there are a number of things done collectively so almost centralised. So what we are doing is centralising some of the operations for execution and for ease on the clubs so that they can focus on playing the games this time,” Martin said. “And transportation is one of the things that will be coordinated through the PFJL. All clubs will be included in our travel plans in terms of getting the teams to the venues for their matches and back.”