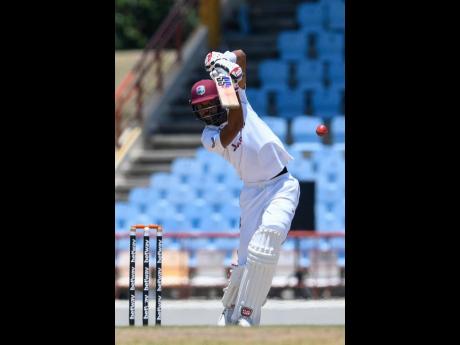 Contributed
Batsman Roston Chase showed some resistance with a fighting 62 runs for the West Indies in their second innings against South Africa on day three of the first Test in St Lucia. 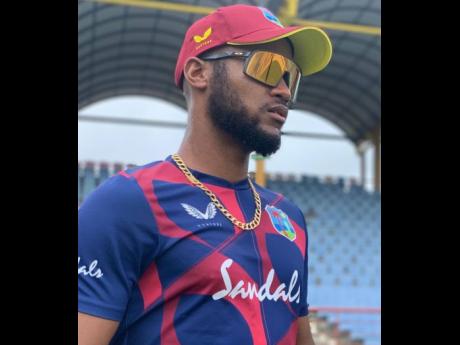 West Indies head coach Phil Simmons made it clear that his team has to hit their straps from the get-go, if they are to salvage anything from the two-match Test series, following their demoralising innings and 63-run defeat by South Africa in the opening encounter in St Lucia.

Simmons said that bad judgement and bad shot selections were the catalysts, as his side, which resumed on 82 for four and trailed by 143 runs, folded for 162, thanks to a five-wicket haul from pacer Kagiso Rabada.

Roston Chase was the only bright spark for the regional side, as he fought his way to 62 with seven fours and a six before he became the seventh wicket to fall.

Chase and Jermaine Blackwood had earlier shared in a 46-run fifth-wicket stand.

Rabada, who had picked up two wickets from the second day, came back to snare the scalps of Blackwood for 13, Joshua Da Silva for nine and Rahkeem Cornwall for a duck to finish with five for 34.

Anrich Nortje, who wrapped up the match with the wicket of Jayden Seales for three, finished with three for 46, while left-arm spinner Keshav Maharaj bagged two for 23.

A DAY TO FORGET

The loss, which came in three days, was the West Indies’ sixth innings defeat in 253 home matches, and captain Kraigg Brathwaite said it was one of those days the team will want to forget in a hurry.

“You have good days and you have bad days. Everything will not always be perfect. For me, we didn’t have a good first innings, and what we have to do is learn from the good days and bad days,” said Brathwaite.

Brathwaite, while acknowledging the potency of the South African bowling unit, said his team failed to execute the plans outlined for the match.

“We had a plan, but things didn’t go to plan, and for me, it’s just to refresh because the first Test is history. The good thing is that we saw how they bowled so we have gotten some experience against them, and the next game we have to be fully locked into that plan,” added Brathwaite.

That second Test is in another six days and Simmons is hoping that the players can gather themselves mentally and effectively to carry out their roles.

“All the guys here from one down to nine at least have a Test 50 against proper bowling attacks. Yes, South Africa’s bowling is potent, but our guys have made runs against all different bowling attacks. The way we got out is not something we are proud of, and we have to come back and show what we are really made of in the second Test,” said Simmons.

With the fast bowlers doing the brunt of the damage for both sides, Simmons hinted that he may have the services of senior fast bowler Shannon Gabriel for the second Test. There could also be a place in the starting eleven for Alzarri Joseph, who missed out on selection in the opening match.