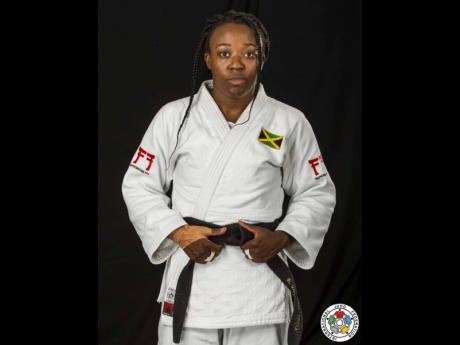 Ebony Drysdale-Daley made another historic strike for Jamaica in judo, when she became the country’s first-ever competitor in the sport to qualify for the Olympic Games.

The 26-year-old Drysdale-Daley will mark the history-making occasion when she takes the floor for competition in the female 70kg category on July 28 in Tokyo, Japan.

Drysdale-Daley’s qualification for Tokyo was confirmed on Tuesday, June 22, when Szandra Sdogedi, secretary general of the Jamaica Judo Association, informed the Jamaica Olympic Association (JOA), the apex body for sport locally, saying: “I am happy to inform you that Ebony Drysdale-Daley has made history for Jamaica and has qualified for the Olympic Games.”

Reacting to the news, the JOA said it was a proud and fulfilling moment, given the confidence expressed through their unwavering support for the sport and its athletes.

Christopher Samuda, president of the JOA, which launched a campaign to have Jamaica represented in diversified disciplines in Tokyo, said: “Ebony’s triumph is a personal victory of courage, commitment, inspiration and faith, and a nation’s pride, which the JOA embraces and is grateful to the Judo Federation’s President, Dwayne Barrett, and Secretary General Szandra Szogedi, who inspire excellence in athletes and coaches.

“As the sun rises in Japan, so will Ebony’s prospects in Tokyo, and I will watch with conviction that history is in the making,” added Samuda.

The qualification by judo has increased the number of Jamaican sporting disciplines for the Tokyo Games to five, following on the heels of track and field, boxing, gymnastics, aquatics (diving) and swimming.

The 26-year-old Drysdale-Daley, who is based in Britain, first marked her name in Jamaica’s history books of judo two years ago when she won gold at the Commonwealth Games Judo Championships, which was staged in Birmingham, United Kingdom, in September 2019.

Szogedi expressed ‘huge thanks’ to the JOA for its commitment.

Szogedi said: “I would like to take this opportunity to thank you for placing your trust in us, which went beyond just sport. You continued trusting us and allowed us to operate and provide avenues for us and our athletes wherever we were in the world, and we truly appreciate it. Also, a huge thanks for the financial support that was provided by the Jamaica Olympic Association throughout this Olympic cycle.

“History is officially made and we shall continue to write new chapters within,” added Szogedi.