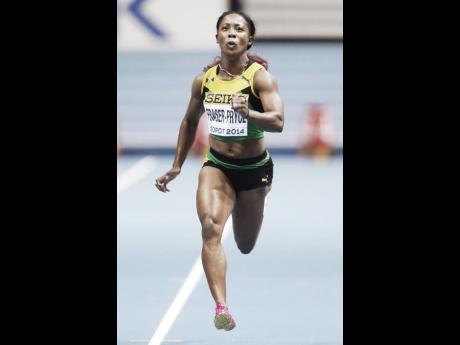 As expected sprint queen Shelly-Ann Fraser-Pryce heads a strong 62-member team that was named by the Jamaica Athletics Administrative Association (JAAA) to represent the country at the upcoming Tokyo 2020 Olympic Games.

Elaine Thompson-Herah will also be looking to successfully defend her 100m and 200m titles in Tokyo, but there will be no such opportunity for 2016 Rio Olympics 110m hurdles champion, Omar McLeod, who unsurprisingly, not named to the team, after his shocking last place finish at the National Senior Championships - Jamaica's Olympic Trials.

McLeod subsequently complained of cramps and there were calls from some fans for the second fastest man in the event this season to be included, in spite of his performance at the Trials.

Yohan Blake will be returning to the Olympics stage for the third time, while youngsters such as Oblique Seville, Britany Anderson, Candice McLeod and Briana Williams, will be making their first appearance at the showpiece event.

Interestingly, the JAAA's list does not include Rasheed Broadbell, who missed the championships due to injury, but had according to his coach Stephen Francis, submitted a medical exemption, given his top three ranking at the time in the 110m hurdles.