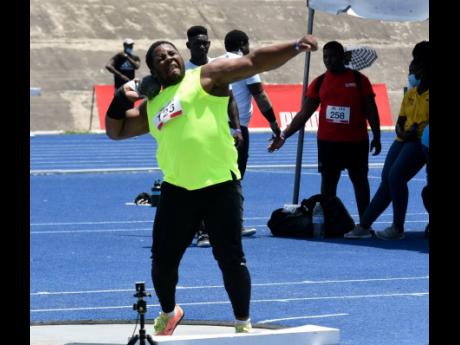 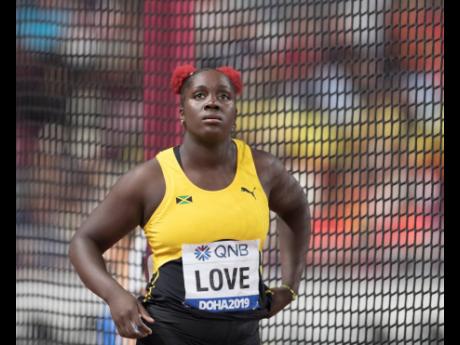 The Jamaica Athletics Administrative Association has removed two names from its squad for athletics at the Tokyo Olympics later this month.

The Olympic qualifying standard for the men’s shot put is 21.10m, but Richards did not achieve such a distance.

The Olympic qualifying standard for the women’s discus throw is 63.50m, but like Richards, Love also missed the mark.

Richards and Love, however, earned a spot on the team, initially, by virtue of being high enough on World Athletics’ world rankings, meeting its automatic quota selection criteria. This means they were qualified because the International Olympic Committee needed a certain number of athletes to compete in each event and enough did not meet the qualification standard. This meant that the next method of selection becomes athletes’ world ranking.

With the staging of the Wanda Diamond League meet in Oslo, Norway, yesterday, both athletes were overtaken in their respective world rankings because of performances at the event, pushing them out of the quota requirement.

This now means Jamaica has no representative in the men’s shot put, while national champion Shadae Lawrence becomes Jamaica’s sole competitor in the women’s discus throw.