PFJL to decide soon on main venue for Premier League 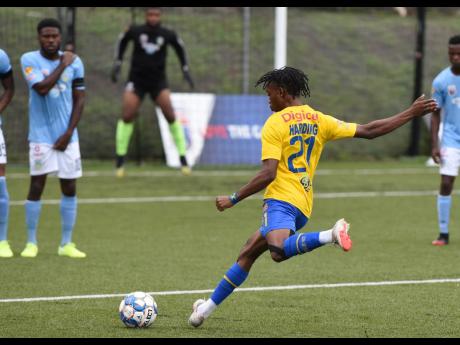 Chairman of Professional Football Jamaica Limited (PFJL), Christopher Williams, says the board is currently contemplating which venue will be the main match venue for this season’s Jamaica Premier League (JPL).

With strict protocols in place to prevent the spread of the COVID-19 virus, the PFJL has identified the National Stadium, the UWI Captain Horace Burrell Centre of Excellence and the Stadium East as the three venues that will be used to host the spectatorless matches for the truncated season.

However, Williams said that while the National Stadium was earmarked as the premier venue for the weekly matches, the Captain Horace Burrell Centre of Excellence has received a big thumbs up from those who played at that venue last weekend. The PFJL will now await the response from those who will play at the National Stadium this weekend, before deciding which venue gets the premier tag for the rest of the season.

“The plan was always to rotate the venues and we move around to the National Stadium this week,” Williams said. He added: “One thing I can say is, the Captain Burrell Centre performed extremely well and as such we are going to be doing more games there. It was great for TV, the players loved it and the football was of an exceptional quality because of the surface.”

He noted, however, that the National Stadium is a bigger facility, which will give them the ability to do more branding and the chance to invite some sponsors, something they are looking forward to.

“The National Stadium, for sure, is the ideal venue, in terms of the infrastructure, the size and stands etcetera, but the (synthetic) pitch at the Captain Horace Burrell Centre is really outstanding,” he insisted. “My recommendation to the board is, let’s see how the National Stadium performs and then we’ll make a decision.”

The UWI/Captain Horace Burrell Centre of Excellence was officially opened by the then International Federation of Football Association (FIFA) president, Joseph ‘Sepp’ Blatter, on the UWI campus in September 2010. It is primarily used for all male and female national age group and senior teams training, especially when preparing for various FIFA tournaments and competitions.

While it has been used to host youth competitions, it is the first time the venue has been considered for top-flight local football. In the past, the National Stadium had always been the premier match venue for local top-level football.