Jimmie says | Let them have cake 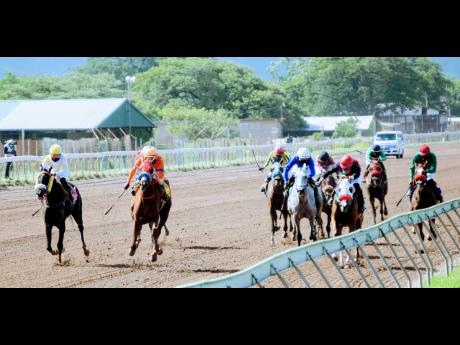 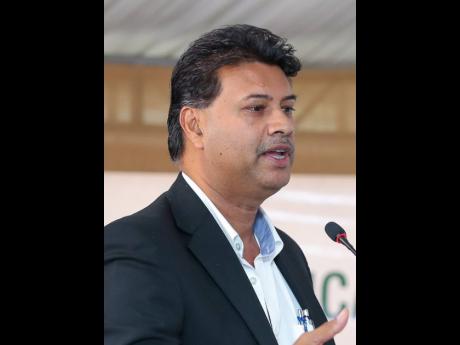 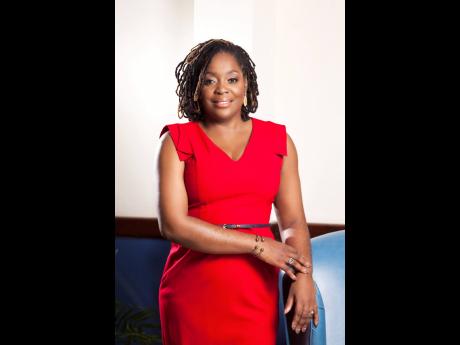 A rather tiresome issue reared its head recently in a Gleaner report, a trainers’ association agitating promoting company Supreme Ventures Racing and Entertainment Limited’s (SVREL) “for an immediate increase (in purses) because the cost (of horse maintenance) has gone up drastically”, according to Ian Parsard, who the article quoted as “leading talks for an increase on behalf of the stakeholders”.

In the very first paragraph, the article pointed out, “A $100-million purse increase was last made in 2017 when SVREL took over the operations at Caymanas Park”.

Let’s take a look at what has happened at Caymanas Park since SVREL took over in early 2017, pre-COVID 19, the onslaught of which struck exactly two years later, amid horrendous losses by the promoting company, and continues to affect every economic fabric of its business two years onwards.

Within its first 22 months at Caymanas Park, about a year shy of the COVID-19 impact, SVREL watched $607.7 million disappear into the sinkhole it took over from Government, which, over two decades prior to privatisation, had pumped US$40 million of taxpayers’ money into Caymanas Track Limited’s (CTL) operations.

Before one could have said, “Who dat?”, in less than a year, COVID-19 hit with a force that resulted in a shutdown of Caymanas Park for approximately four months. Under strict COVID-19 protocols for resumption, which started with no spectators, morphing into limited patronage, amid public fear of the virus, the promoting company, knocked off its feet, like almost every other business in the country, has been trying to lift itself from the canvas, only to have a trainers group now towering with the threat of a purse-increase knockout.

It is, indeed, a sad situation to watch from a distance, more so a ringside seat, knowing the issue of purses at Caymanas Park goes far beyond what is being ridiculously presented as “It has been four years since we have received one, so, personally, I think an increase is overdue,” according to Parsard.

Horsemen all share a similar trait. They want to have their cake and eat it at the same time. Not one has stopped to consider that the promoting company took over a bleeding racing plant that should have been shuttered, immediately effecting a $100-million purse increase, with nothing on record from the previous operator that the business model was a workable one, only to be hit, within three years of immense losses, by the greatest global financial crisis ever.

Amid all this, the United Racehorse Trainers Association of Jamaica wants, as Marie Antoinette had suggested, to have cake while there is no bread. SVREL general manager, Lorna Gooden, was rather complimentary in her carefully crafted response, making sure not to promise any cake.

However, the promoter partially deserves the heat it has been facing. Instead of attacking head-on the root of its issues, a business model inherited from CTL, it has been tip-toeing around a loss-making system of racing, which has no place in a one-track jurisdiction.

A rapidly declining horse population continues to be divided into 21 categories of runners under a system of condition and claiming races, resulting in inequitable classification and weight allotment, which, in turn, throw up weak betting options in individual races every single racemeet at Caymanas Park.

During the running of races, it is obvious that three-quarters of every field that heads to the gate has no chance whatsoever of winning because horses are either too heavy, too light, or simply do not belong in a particular group, which, of course, must affect betting.

From the promoter’s standpoint, this must be a loss-making situation. As far as the horsemen are concerned, they naively can’t understand that this is where their real problems exist.

Take, for example, owners and trainers with three- and four-year-olds who happen to win maiden events with conditions attached such as not earning a particular dollar figure or not having placed second to fourth. Having won one of these races, they spend the next year, or longer, waiting in non-winners-of-two, to beat horses who had placed in classic races.

Aren’t these affected trainers, the majority, being deprived of purse money by such a system? What if all horses were properly rated according to performances in races and placed in their respective classes, based on ability, instead of being grouped according to number of races won, which has nothing to do with quality or ability? Wouldn’t owners and trainers, in general, be better off earning purse money among equitable competition instead of sitting and incurring expenses, day after day, awaiting the better horses to ‘win out their conditions’ while earning nothing?

Yet, they sit, grumble, and question the ‘handicaps’, which don’t exist, resorting to “we want a purse increase” whenever the going gets tough.

Well, if they all want to sit and watch a horse move from a $1 million claim tag to $550,000 in nine days, the promoter included, killing the betting, and depriving a genuine horse at that level of a winner’s purse, they might as well have cake, considering there is no bread.