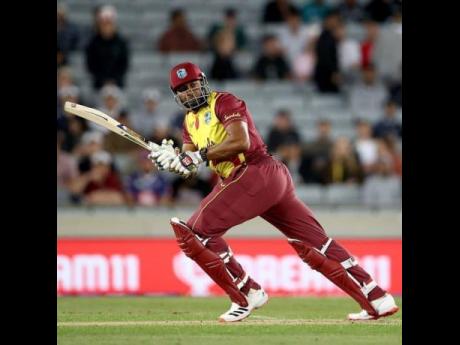 West Indies captain Kieron Pollard says the injury break for the Twenty20 series against Australia allowed him the opportunity to revitalise himself for the ongoing three-match One-Day International (ODI) series here.

The big-hitting right-hander was ruled out of the five-match T20 series in St Lucia with a hamstring niggle, but made a successful return when he struck a typically aggressive 56 off 57 deliveries in the opening ODI against the Aussies at Kensington Oval on Tuesday.

West Indies lost the match by 133 runs under Duckworth-Lewis-Stern, after collapsing for 123 in pursuit of 257.

“From a personal perspective, I have been troubled by that left hamstring, but when you get time off like that, it’s an opportunity to reflect on your game,” Pollard said. “And it’s a mindset. Obviously I knew that I wouldn’t have participated in the T20 series (because of) the way we went, so I had already geared my mind to the one-day format and what is needed, so most of my net sessions were geared around that.”

In the first ODI, Pollard found himself at the crease in the fifth over, with West Indies slumping at 19 for four, and watched as his side slipped further to 27 for six in the eighth over.

Seemingly unfazed, the 34-year-old counter-attacked, lashing five fours and three sixes to inspire a 68-run seventh-wicket stand with Alzarri Joseph (17), which salvaged pride for the home side.

Pollard said, while caught by surprise at the swiftness of the collapse of the top order, he was able to make the mental adjustment because of his preparation.

“I think cricket is about a mindset and I’ve been around a little while to try to understand my game and I think I have a fair understanding of what is needed at different times and it’s just a matter of putting it into practice,” he explained.

“But it’s just a matter of training your mind and having that mindset. When the team is under pressure, try to come out on the better part of it.”

While disappointed by the result, Pollard said returning to fitness and being able to play again had been a significant step.

“For me, everything is geared towards winning and being my best as an individual and as a player and, hopefully, long may that continue,” he said.

“A half-century in a losing vein is not a good sight, but it was good to be back on the cricket field and back on the park and doing something that I love.”