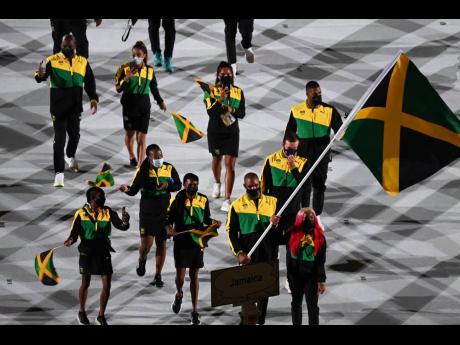 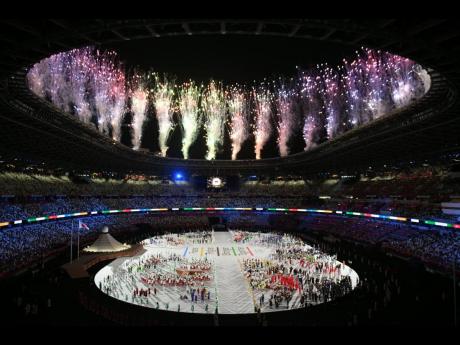 Gladstone Taylor
Fireworks are set off on the roof of the Olympic Stadium after the parade of teams during the opening ceremony of the Olympic Games in Tokyo, Japan on Friday morning.
1
2

Sprinter Shelly-Ann Fraser-Pryce and boxer Ricardo 'Big 12' Brown led Team Jamaica as its flag-bearers at the opening ceremony of the Olympic Games at the National Stadium in Tokyo, Japan on Friday morning.

Fraser-Pryce, known for her flamboyant hairstyle choices, sported red and blonde locks, while wearing black, green and gold track suits, like the other members of the marching crew.

The ceremony got started at 5:55 with a dazzling light show and choreographed entertainers performing interpretative dances reflecting aspects of Japanese culture.

Organisers decided to have two flag bearers, a male and female, for each team at this year's event in keeping with the theme of embracing and celebrating diversity and gender equality at the Olympics.

The teams marched out in alphabetical order, based on the Japanese language. Jamaica was the 81st team to enter the Olympic Stadium.