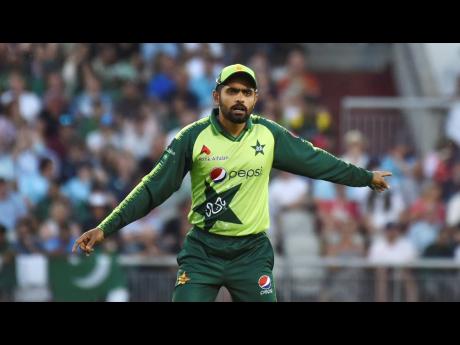 Pakistan have backed the bio-secure protocols in place for their upcoming Test and Twenty20 series against West Indies.

The Asian side arrived in Barbados recently and will face West Indies in the first of two T20s International at Kensington Oval next Tuesday, before flying to Guyana for the last three matches.

Jamaica’s Sabina Park will be the stage for the two-Test series from August 12-24.

Thursday’s second One-Day International against Australia at Kensington Oval was scuppered following the toss, after a member of the West Indies support staff tested positive for COVID-19.

But even with that series now in doubt, Pakistan head coach Misbah-ul-Haq said he believed both cricket boards had gone to great lengths to ensure a “safe environment” for players.

“Overall the scenario is the same in every sports activity so we have to live with that,” the former Test captain said.

“Staying in a bubble is always different as you don’t have [those] social activities, and you have to travel from one bubble to another, so there is always a difficulty.

“But cricket and other sports have to go on like this for some time so I guess everyone is trying to adapt.”

Both West Indies and Australia, along with officials and broadcast crew, were forced to be re-tested and isolate in their hotel rooms, following the confirmation of the positive COVID-19 case.

Pakistan are coming off a tour of England where they lost 2-1 in a three-match T20 series last week, and 3-0 in the ODI series earlier in the month.

Their T20 form has been impressive, however, with their series loss to England their first in four tours, while winning eight of their last 13 matches.

And despite the England result, Misbah said he expected an improved performance in the Caribbean series.

“The players were coming into the ODI series against England after playing the T20 format (Pakistan Super League) so it was difficult for them to get adjusted quickly,” he explained.

“After playing in England, we had some good practice and the conditions in the last two matches in England were the same as in Abu Dhabi, and like here in West Indies, so I expect players to do well here.”

He added: “Before the England series, the series we played [against Zimbabwe and South Africa] had very good results. Overall, the team is very good.”

With the T20 World Cup in October already firmly in their sights, Misbah said the pending West Indies would be a crucial one for Pakistan.

“Each and every game from here is very important for us. We need to make improvements. I am hopeful we will do well in this series,” he stressed.

“We are near to our final combination [for the World Cup]. Our middle order is not performing as well as our top order. We didn’t get the desired results in the England series but we know about our combination.”