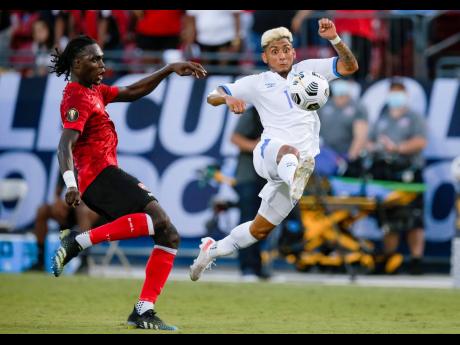 Trinidad and Tobago international Radanfah Abu Bakr believes the country’s performance in the Concacaf Gold Cup can reignite the national programme, and lead to a resurgence of the former powerhouses.

Speaking following the squad’s return earlier this week, the 34-year-old defender said while T&T did not advance from the group stage, the outing was a foundation on which the national team could now build.

“We have to get back playing football, especially the local guys,”Abu Bakr told T&T Football Federation media.

“We have to stay fit, we have to build on all the performances and the experiences we’ve had in the last few weeks and we have to be stronger.

“Obviously, we’re disappointed not to still be in the competition but we can be pleased with what we’ve done out there.

“It’s now just about building, learning from some of the errors and picking up some momentum now.”

Trinidad and Tobago crushed Montserrat 6-1 and then beat French Guiana on penalties in the qualification tournament in Fort Lauderdale at the start of the month, to advance to the group stage of the Gold Cup.

However, they failed to win a single game in the group stage, producing a heroic 0-0 draw with tournament favourites Mexico in their opener, losing 2-0 to El Salvador before drawing 1-1 with Guatemala in their final outing.

They finished third in Group A only above Guatemala, as Mexico and El Salvador qualified for the quarter-finals starting this weekend.

“The performances from each and everyone of us [were encouraging]. We used our full squad, everybody contributed,” said Abu Bakr.

“It’s hard to pinpoint any one person. It’s just the super team effort and the pride that we played with, that was the highlight for me.”

He added: “We played for ourselves and each other, our teammates, our families, the fans and everybody in Trinidad and Tobago who suffered through this pandemic and suffered through a low point in our football, this is for them.”

T&T’s football has been immersed in volatility over the last year, ever since football’s world governing body, FIFA, installed a normalisation committee 17 months ago to replace the existing federation.

A legal battle between federation members and FIFA led to the country being suspended by the world governing body last September.

The ban was subsequently lifted in November after court action against FIFA was discontinued, just in time for the national team to compete in the Gold Cup qualifiers.