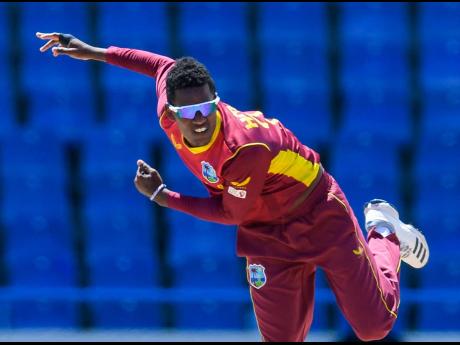 The West Indies and Australia will have their third and final game to claim all the marbles as the sides meet in the One-Day International series decider at Kensington Oval in Bridgetown, Barbados, today.

The home side, on the back of a brilliant batting performance from player of the match Nicholas Pooran, and Jason Holder, extended the series with a four-wicket win in Game Two.

Shai Hope contributed 38 against pacer Mitchell Starc, who continues to be the nemesis for the Windies, bagging three wickets for 26 runs.

Left-arm spinner Akeal Hosein was in imperious form as he bagged three wickets for 30 runs in his 10 overs to help restrict the Aussies despite a fighting 41 from 36 balls from number 10 batsman Wes Agar.

The West Indies picked up 10 vital points on the World Cup Qualifying Super League points table with the win, however, with the series on the line, Hosein is hoping that the team can put in another creditable bowling performance.

“It’s a matter of sticking to the plan because it’s cricket, and partnerships will build,” he said. “We have to stay in the moment and the game. Not every delivery you bowl, you will get a wicket, but we just have to stay positive and keep the energy high.”

Were it not for the brilliant knock from Pooran and Holder and a few gaffs in the field from the Aussies, the West Indies could have been playing for consolation points today, but Hosein says the batting unit can put some pressure on Starc and company.