‘The form of her life’ 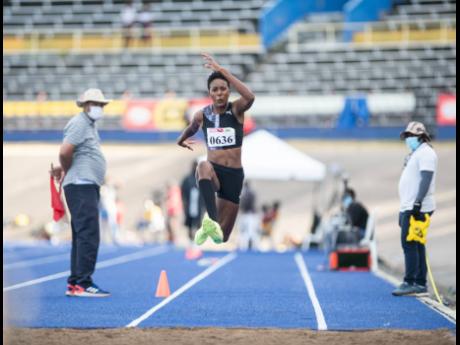 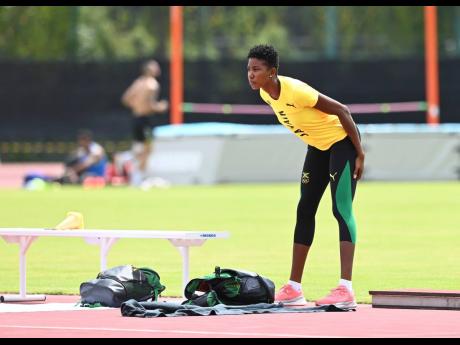 Gladstone Taylor
National triple jump champion Shanieka Ricketts during a training session at the warm up track at the Olympic Stadium in Tokyo, Japan on Monday.
1
2

TOKYO, Japan: With a personal best that takes her closer to that 15m barrier, World Championships silver medal winning triple jumper Shanieka Ricketts is heading into the Tokyo 2020 Olympic Games in the best shape of her life and primed for further...

With a personal best that takes her closer to that 15m barrier, World Championships silver medal winning triple jumper Shanieka Ricketts is heading into the Tokyo 2020 Olympic Games in the best shape of her life and primed for further improvements.

Ricketts disturbed the sand at 14.98m at the Doha Diamond League meet in May, an improvement on her previous best of 14.93m, which she registered in Zϋrich in 2019.

Husband and coach Kerry-Lee Ricketts is pleased with what he has seen so far this season and believes that the jumper can produce something special at her second Olympic Games.

“The first thing, she is healthy and I think she is in the best shape of her career so far,” said Kerry-Lee Ricketts. “Based on the early indicators, she went 14.98m this season, and we are seeing better numbers now so we should see something beyond her personal best.”

Ricketts shared that winning silver in Doha has certainly boosted his athlete’s confidence and expects her to show her best when competition gets started on Friday at 7:05 p.m. (5:05 a.m. Jamaica time) with the qualification round.

“Shanieka does well under pressure. She trains with males at The University of West Indies where I used to coach, and still have a camp there, the Ricketts Performance Centre, so we create these similar situations in training with the boys, so when it comes to a major championship, it’s not anything new to her,” Ricketts added. “She’s more confident and she knows what she wants. She approaches every training session with an objection.”

He noted that her performance in training suggests that she can record another personal best this season, and believes it can happen here in Tokyo.

“We are very pleased with what we are seeing training. [Comparing when she was] going into Doha 2019 where she won silver, she is now hitting better numbers in her short approach and also better number in her sprints as well as in the weights room, so we are definitely expecting something really good,” Ricketts said.

“Doha was really wonderful, for years we have been trying to work on her last phase and it’s been coming together. We tried a few new things in Doha earlier this year and that 14.98m personal best was an indication where we are going come the final next week Sunday,” he noted.