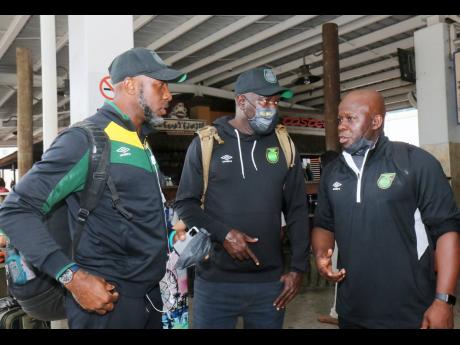 Newly appointed assistant coach of the national senior men's football team, Paul Hall, said that despite the disappointment of their early exit from the Concacaf Gold Cup on Sunday, he believes the team will be stronger for the upcoming World Cup qualifiers in September.

The Reggae Boyz were defeated 1-0 by the United States of America in their quarter-final game at the AT&T Stadium in Arlington, Texas, on Sunday.

Hall, a former Reggae Boy who was a key member of Jamaica's team that qualified for the FIFA World Cup in 1998, sees similarities between what happened this week and when he represented the country.

"I remember going through this process [before] 1998," Hall told The Gleaner. "We lost in the semi-finals at that point and came back to qualify for the World Cup a few months later. So I'm kinda thinking along those lines. I'm just hoping we can get the strongest possible squad together to go and take on the other countries both here and abroad.

"It's just the ones who are in form at that particular time. It's not necessarily names, because sometimes names is not the answer and sometimes it is in the answer. It's about assembling the best possible squad for the World Cup campaign."

Hall commended the pre-tournament camp that gave him a chance to familiarise himself with the players and management staff.

"We had a little bit of a pre-camp before and that was important," he said. "Some of the players are fairly new and I was new, so gelling together was crucial. The camp was needed because the bigger goal is getting to the World Cup, and we had to get players together to see and understand where they were at and where we are with them."