Nugent getting back on track 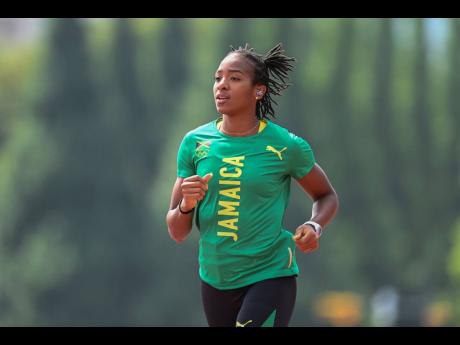 Since bursting on the scene for Jamaica in 2016 and making it to the 400m Hurdles final at the Rio Olympic Games in that same year, it has been a long road back for Leah Nugent, who will be competing at a major global championships for the first time since then after a string of setbacks.

After finishing sixth in the final in Rio de Janeiro, Nugent looked set to take her career to the next level but has had to overcome injuries, personal hurdles, and the transitional challenges of changing camps over the past few years.

She will make her return to the Olympic stage with bigger ambitions during the heats of the Women’s 400m Hurdles at the Tokyo Olympic Stadium at 9 a.m. on Saturday (7 p.m. Friday, Jamaica time), with fellow Jamaicans Ronda Whyte and national champion Janieve Russell also set to face the starter.

“This has been my dream,” Nugent told The Gleaner. “This year, so many things have come up, and it has been hard to stay focussed, so I am just so blessed and happy that all the things I have been going through have led to something positive.

“I am definitely going out there with the mindset to medal. When I went to the Olympics the first time, it was just about getting the experience, and I was happy just to be there, but this year, I am going with more experience and expectations,” she added.

With a season’s best of 54.98 seconds, which she did en route to a third-place finish at the National Senior Championships last month, Nugent would need to make significant improvements if she is to meet her objectives.

Russell, 53.68s, is the fastest Jamaican and sixth-fastest woman in the world this year, with Whyte’s 54.33s time placing her at number 11 on the top list.

Shadae Lawrence, who will also be making a return to the Olympic Games after her Rio 2016 debut, will feature in the women’s discus qualification at 9:30 a.m. (7:30 p.m. on Friday) and with a national record mark of 67.05m to her credit, she will certainly be expecting to book her spot in the final, which will already be an improvement for her.

National champion Megan Tapper will be joined by Yanique Thomas and Britany Anderson, who are both looking to transfer age-group success to the senior levels, in the Women’s 100m Hurdles heats, which get under way at 10:45 a.m. (8:45 p.m. Friday).

Saturday’s schedule in Tokyo will also see World Championships gold medal winner Tajay Gayle and NCAA standout Carey McLeod, who only arrived in Japan a couple of days ago due to documentation issues, contesting the qualifying rounds of the men’s long jump, which gets under way at 7:10 p.m. (5:10 a.m. Saturday, Jamaica time).