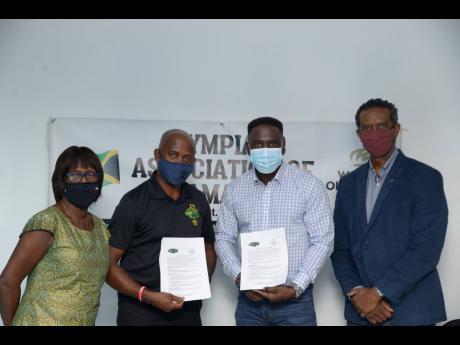 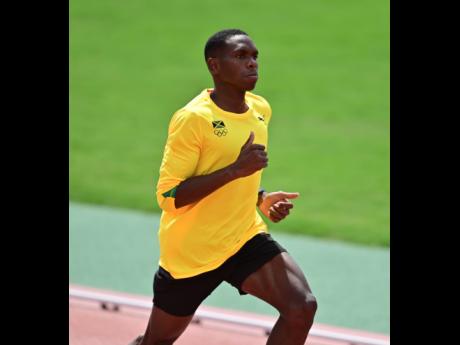 Olympians Association of Jamaica (OAJ) President Marvin Anderson has charged all participating Olympians to continue setting themselves apart positively from the rest as the country’s track and field athletes begin their respective campaigns at the Tokyo 2020 Olympics in Japan.

As the first week of the Tokyo Games concludes, Jamaicans have completed events in swimming, gymnastics, judo and boxing, with track and field now under way and diving set to begin next week.

In an open letter to the nation’s athletes Anderson, who represented Jamaica at the 2008 Beijing Games, expressed confidence that the 60-plus athletes who have travelled to Tokyo to compete will not only give their best effort, but also continue the proud tradition that Jamaica has set for itself in previous Games.

“We are certain that you will distinguish yourselves in the way the world has become to expect of us. Jamaica has become the highlight of international sporting events due to our incredible achievements, and the Olympic Games represents the epitome,” Anderson said. “We thank those who have already participated and have set the pace, and to those who are preparing anxiously to play your part, we say to you good luck.”

He added: “Participating in the Olympic Games gives you all the privilege of being able to compete in the world’s largest sporting event, therefore, do so with honour, distinction and pride. Represent to the best of your ability and hold your heads high regardless of the results.”

It has been a slow start for the Jamaicans so far in Tokyo. Five-time Olympian and champion swimmer, Alia Atkinson, did not make it to the semi-finals of the 100-metre breaststroke. Fellow swimmer Keanan Dols competed in his first Olympics in the men’s 200m butterfly and 200m individual medley although failing to make it to the second round. A knee injury forced gymnast Danusia Francis to only compete in the uneven bars, while there were early eliminations for Ebony Drysdale-Daley in judo and Ricardo Brown in boxing.

With Jamaica’s track and field athletes beginning their journeys and diver Yona Knight-Wisdom preparing to start his campaign, Anderson has conveyed best wishes to both returning Olympians and those who have and will make their debut.

“To the veterans who have been there before and know what it is like, we thank you for your continued service to Jamaica, and to those of you who will be having your first Olympic experience, we say treasure it, enjoy it and create lasting memories,” Anderson said. “These Olympic Games have been a challenge to stage and you are part of a truly historic achievement and historic moment.”