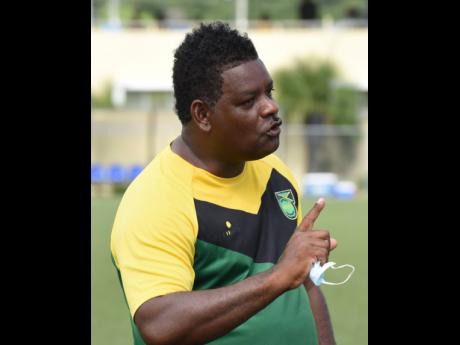 The Government’s COVID-19 curfew, which starts at 3 p.m. on Sundays, has caused PFJL to start its double headers on that day at 8:30 a.m.

However, Duckie, who has led his team to three wins and two draws from their first five matches, argued that during all his years as a coach, he has never even played a practice match, let alone an official game, that early, and that the PFJL was using the players as “guinea pigs”.

“The preparation was very difficult for us,” Duckie told The Gleaner yesterday. “We played at 8:30 because of the COVID-19 rules and the laws of the land. The curfew is in effect today.”

He said the team had to break curfew, which started at 8 p.m. on Saturday night and ended at 5 a.m., to prepare for the game. As a result, he does not think players and club personnel are made to feel like important JPL stakeholders.

“We had to break a curfew in order to avoid breaking this curfew (which started at 3 p.m. on Sunday afternoon),” he said. “Now, what is important to us? Is it the development of players, the product, the league itself, or is it that we are playing the football in the boardroom?

“We have been accused of being an antagonist, sometimes not exhibiting a lot of professionalism. But the truth is not a sin, and we cannot use players as guinea pigs.

Duckie said that at halftime, his players struggled with digestion issues as most are not accustomed to eating very early morning meals.

“Halftime, about six players vomited in the changing room,” Duckie said. “To eat and facilitate digestion was always going to be difficult.”

Duckie said Dunbeholden’s goals were two that Vere would not usually concede.

“It is unusual for a team to play between our lines, so effectively, two consecutive times, and it resulted in two goals,” he said.

“But I thought we lost our footing at halftime, and hence we never recovered,” he said.

Only eight minutes into the game, Dunbeholden lost a man when central defender Shaquille Dyer was shown a red card.

Javier Brown made the man advantage count when he fired Vere into the lead in the 28th minute, but Dunbeholden kept pushing and were not to be denied as they eventually pulled a goal back through Atapharoy Bygrave in the 54th minute.

Dunbeholden then looked the more purposeful afterwards, and four minutes from time, they stole all three points when Craig Gayle’s struck the winning goal.

Despite the defeat, Vere stay second in the JPL standings with 11 points. Dunbeholden climbed to fourth with nine points, the same as third-place Harbour View.

Dunbeholden manager Andrew Christie said the early start would have presented some issues for their players as well but said that instead of finding excuses, they have decided to adjust as best as possible to the demands and constant changes to COVID-19 rules and restrictions.

“Some of the issues that would have affected us would have naturally affected our opponents,” he said.

In the day’s other game, Tivoli Gardens held Cavalier to a 1-1 draw.