Jimmie says | Timing is everything 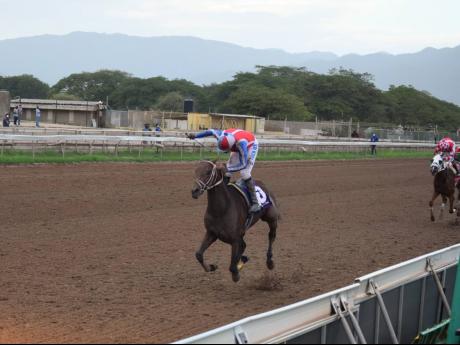 CALCULUS’ July St Leger victory not only turned this Saturday’s Jamaica Derby on its head, but also validated, for the second season in a row, that running the three-year-old classics later in the year affords horses more time to mature before tackling 12 furlongs for the ultimate prize in racing.

Similar to last season when KING ARTHUR and NIPSTER sprung from the woodworks, after COVID-19 forced the hands of Supreme Ventures Racing and Entertainment Limited (SVREL) to buck tradition, CALCULUS has emerged as the find of 2021.

Though SVREL was a bit gun-shy not to stick to last season’s forced schedule of staging the Guineas in July and the 10-furlong St Leger in August, before closing the classics with the 12-furlong derby in October, at least the decades-old folly has been somewhat corrected with a June-July-August adjustment.

Should Ian Parsard’s BIG JULE make the derby, after missing the St Leger with setbacks, the decision to depart from an April-June-July schedule for the Guineas, derby and St Leger, respectively, would be further justified, hopefully ending, forever, what was a ridiculous mimic of a North American commercial system designed to have its classic stars quickly off to serve as high-priced stallions after the Breeders’ Cup in November.

Jamaica has no recent history of local-breds being in demand as studs, nor do they go off after their three-year-old seasons, hence there was absolutely no reason to have been racing through the Guineas, Oaks, Governor’s Cup, derby, and St Leger in four months - April-July - depriving late-bloomers classic opportunities after taking backseats to their more forward rivals as two-year-olds.

SVREL should take note that at the start of August, its racing office could barely scrape together 12 runners for the first two-year-old race of the season, a three-furlong event. Traditionally, the top juvenile race, the one-mile Jamaica Two-Year-Old Stakes, is run every Boxing Day, December 26, give or take, four months away.

This simply means that the majority of two-year-olds will still be green behind the ear in December, provoking what should be thoughts about scheduling of the 2022 three-year-old classics. As outlandish as it may sound, staging the 2022 Guineas in August, the St Leger in September, and Jamaica Derby in October would not be far-fetched under the prevailing circumstances.

Giving three-year-olds time to peak and mature in October will have them cherry-ripe, similar to NIPSTER and KING ARTHUR, to take on older horses, local and imported, in big middle-journey and distance races in November and December, adding more intrigue and excitement at the back end of the season, especially as the annual Yearling Sale approaches.

The spin-off of later classics goes beyond the three-year-old season. It should be noted that horses who come on late as three-year-olds generally tend to have more enduring careers as older runners because they were not rushed into the needless April-May-June-July grind.

Besides making sense, from an industry standpoint, tying the Guineas and Jamaica Derby, especially, to public holidays, Emancipendence and Heroes’ Day, gives the events a ‘Jamaicaness’, a fixed ‘save-the-date’ on the national calendar.