‘Hopefully, I can bring back some success to Jamaica’ 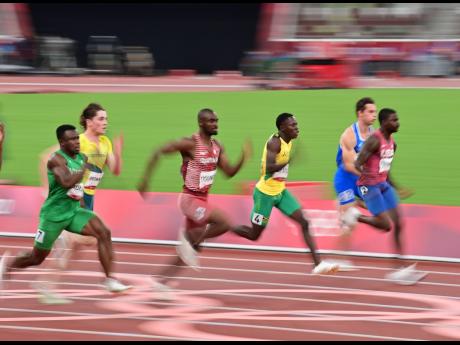 Ever-improving Jamaican sprinter Oblique Seville says he is looking to make the most of the experience gained from competing at the Tokyo 2020 Olympic Games after his run to the semi-finals of the men’s 100 metres.

Seville, 20, competing in his first senior international competition, equalled his personal best of 10.04 in a second-place finish in the heats before clocking 10.09 for fourth in the semi-final, missing out on a spot in the final but showing enough to get fans excited about his future.

Seville, the Class One champion in the 100 metres at the 2019 ISSA/GraceKennedy Boys and Girls’ Athletics Championships for Calabar High in 2019, says competing against the best in the world has shown him that he belongs at this level and will help him to prepare for upcoming championships,such as next year’s World Championships in Oregon.

“This experience has told me that I can do well at this level and that I can do better than I did here when the opportunity comes to compete at another championships like this. I know that with work, I can continue to improve and do better,” Seville told The Gleaner.

“It is a tremendous feeling just knowing that I am one of the youngest athletes out there and I am competing like this and going against the big guys,” added Seville. “I think that is a great achievement for me.”

With Jamaica’s male-sprinting programme continuing to struggle at major international championships, Seville says he hopes that in time, he can contribute to the country’s return to the top of male sprinting.

Jamaican men failed to win a sprint medal at the 2019 World Championships, and there was no finalist in the men’s 100m at Tokyo 2020.

“I am just taking it gradually in the sport, but hopefully, I can bring back some success to Jamaica in the (men’s) sprints,” said Seville, who said he felt the support from Jamaican supporters throughout the championships.

“I would like to say that I appreciate all the support from back home and I am really thankful to everyone,” said Seville.