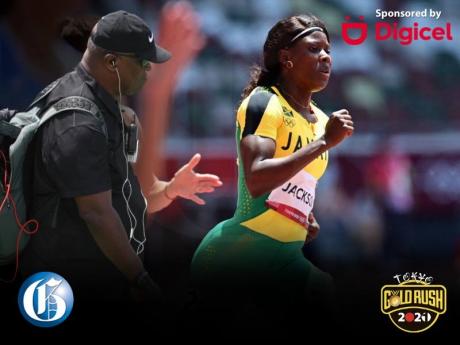 Jackson, clearly running within herself – most likely in an effort to conserve energy having contested three rounds in the 100m earlier in the championships – was caught close to the line and finished outside the automatic qualifying spots, finishing fourth in 23.26 seconds.

“Obviously, she misread and she paid the price,” Francis told The Gleaner. “I expected her to do better, but she didn’t and I can see why. But she will learn.”

He pointed to her inexperience in the event at this level and said he does not expect the disappointment to affect her performance in her upcoming assignment.

Jackson is a member of Jamaica’s 4x100m relay pool.

Top track and field coach, Raymond Graham, who has been on the Jamaica team’s coaching staff to two Olympic Games and seven World Championships, said it is a harsh lesson that he hopes will make Jackson stronger.

“If her race was a faster race, based on how she went out, it would be possible that the fastest qualifier would have come out of her heat. But because her race was a slow race you knew she was in problems,” Graham said.

“I know that she’s disappointed because she was favoured to get a medal and that was a good medal (to get) because based on how well she did in the 100-metre final, I think she would have gotten at least a silver medal (based on) the times that other persons are running now and the times that she can do. But I hope that it will make her stronger for the relay.”

Jackson, who finished second at the National Senior Championships in June, has a personal best of 21.82 seconds in the 200 metres.

Jackson won silver in the event at the 2018 Commonwealth Games and gold at the North America, Central America and the Caribbean (NACAC) Championships in the same year.