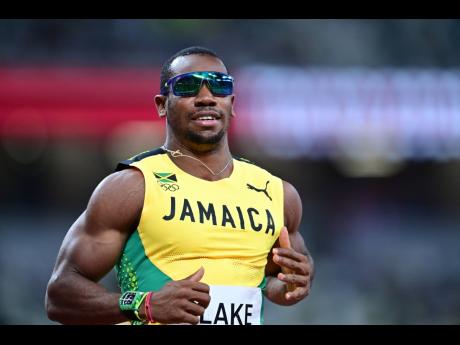 Shericka Jackson and Yohan Blake have been named to Jamaica's 4x100m relay teams ahead of today's heats at the Tokyo 2020 Olympic Games.

Jackson, who surprisingly got eliminated from the heats of the Women's 200m after a poor misjudgement, will anchor the women's team, which also includes Briana Williams, Natasha Morrison, and Remona Burchell.

Blake, the 2011 World Athletics Championships 100m champion, will get a chance of redemption after missing out on the 100m final and skipping the 200m after being named alongside Jhevaughn Minzie, Julian Forte, and Oblique Seville in the men's team.

The women's 4x100m heats will take place at the Tokyo Olympic Stadium on Thursday at 10 a.m. (Wednesday 8 p.m. Jamaica time).

Jamaica will compete from lane 6 in heat one against Great Britain, the United States, Japan, France, the Netherlands, Ecuador, and Italy.

Once they make progress, the Jamaicans will be bringing in double gold medal winner Elaine Thompson Herah and 100m silver medallist Shelly-Ann Fraser-Pryce for the final.

In the Men's 4x100m heats, which get underway at 11:30 a.m. (9:30 p.m.), the Jamaicans will line up from lane 5 in heat one, where they will face Brazil, Great Britain, Japan, Netherlands, South Africa, Trinidad and Tobago and France.