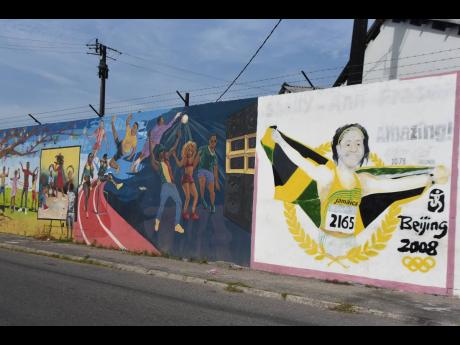 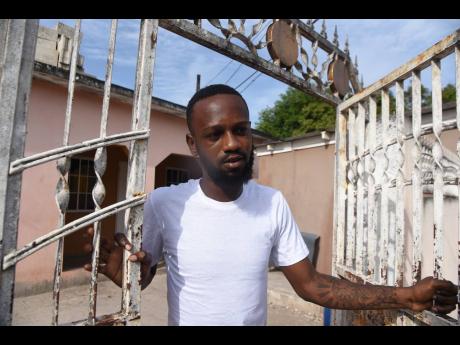 After witnessing Shelly-Ann Fraser-Pryce’s fourth-place finish in the 200 metres final at the 2020 Tokyo Olympics, the atmosphere at Ashoka Road in Waterhouse, St. Andrew, was bleak, with deserted streets and silent residences.

The traditional pot-cover gyrations and howls of joy were not heard this time around, with only a few residents at their gate and the ‘Pocket Rocket’ star athlete’s family home noiseless.

Fraser-Pryce’s cousin, Lucas Simpson, told The Gleaner that she has always done her best whenever she touches the track and for that reason, he is proud of her. He admits that despite her difficult season, he is pleased with her for “still coming out and doing her best”.

Fraser-Pryce’s fourth place has not dampened his spirits because he believes it is rare to “find someone who has been off the scene (for) so long and returns giving such huge efforts”, recalling her lingering toe injury back in 2016.

A member of the community, James Henderson, says he is elated as “she (still) ‘liff up’ our name far far and well high”, in response to her 200m placing.

Claude Granville, a neighbour of Fraser-Pryce’s family, adds that “she try a ting but she couldn’t mek it”, as he refers to what he believes is Fraser-Pryce having a bad start in the race.

However, he remains happy as “she still wid we same way, we nah guh leave har out” because of the 1-2-3 sweep in the 100m sprint on Saturday, July 31.

Simpson, though, is of the view that Fraser-Pryce has much more “in the tank”, but he understands that “she knows her body” and as a result she knows when is the right time to stop running, even while he wishes she would continue.

James added that her retirement is a timely one as “her body (is) changing”. He believes that her age and being a mother are reasons why “she shouldn’t force it”.

Fraser-Pryce revealed that she will be retiring from track and field after competing in the 18th edition of the World Athletics Championships, scheduled to be held in 2022 in Eugene, Oregon, United States.

Ashoka Road and its surrounding areas have been associated with crime and poverty. The recent event of an 82-year-old woman who was raped and killed on Tuesday, July 27, 2021 has left the community in shock.

“Those crime around here, is the first this ever happen,” said Granville, disclosing that the deceased had moved into the community five years ago.

This recent act of violence is one of the reasons why Fraser-Pryce continues her involvement with Ashoka Road and helping to make a significant impact on the community through her SFP Foundation.

“Everybody appreciates and look up to her. She has a large influence on the community,” says Simpson.

Henderson reveals that her collaboration with GraceKennedy and Digicel has helped to support the community, putting on events at the nearby football field for the community and the establishment, and the 2018 renovation of the Shelly-Ann Fraser-Pryce Resource Centre, which contributed to developing the educational capacity of the community’s youth.