Top of her game 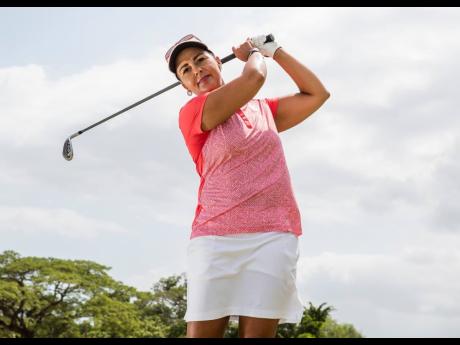 FORMER NATIONAL player Jodi Munn-Barrow stroked her way into the record books of golfing annals, after she was elected as the first female president of the Jamaica Golf Association (JGA) at the annual general meeting on Friday.

Munn-Barrow, who has been a member of the JGA executive for several years, takes over from Peter Chin, who has served as president since 2014. With Chin not seeking re-election and no other candidate going up for the post of president during the election of officers, Munn-Barrow was nominated by Chin and Dr Mark Newnham.

The many-time national female champion and Caribbean Golf Association Council member was elated to be leading the prestigious association, which has been around since 1925.

“When I started my golfing career some 30-odd years ago, I never envisioned that I would ever take over the helm of this prestigious body. I remember all of those who have done this before me and I have always looked up to them throughout my career,” said Munn-Barrow.

The three-time Sportswoman of the Year nominee says she is hoping to continue the good work that has been done to keep the flag of golf flying high.

Some of the immediate areas she will be tackling are to increase the membership of the association, market Jamaica as a golfing destination, as well as raising the profile of the island’s junior golf programme.

“I hope that I can make our founding fathers proud, as well as the members of the association. I look forward to working with all the members to ensure that the game of golf grows and continues to be successful,” added Munn-Barrow.

The committee members include Dave Lyn, Michael Bradford, William Knibbs, Rowena Coe, and Vikram Dhiman. Vice-president Newnham and honorary secretary Fred Sutherland each has a year left in their term of office.