Russell-Love has confidence in hurdles pipeline 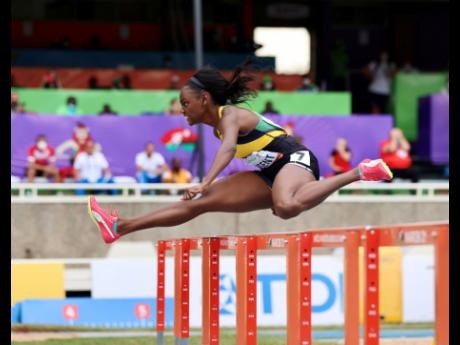 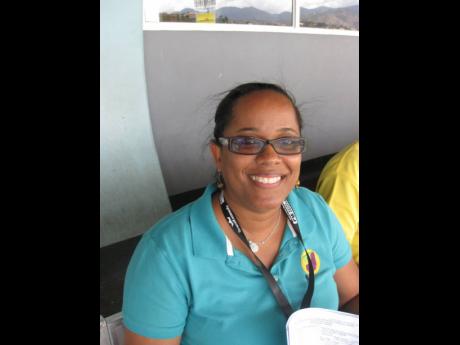 The 100m hurdles victory by Ackera Nugent at the World Athletics U-20 Championships is a sign that Jamaica’s future in the event is secure. That is the view held by Gillian Russell-Love, the first Jamaican to win the junior crown, who also believes...

The 100m hurdles victory by Ackera Nugent at the World Athletics U-20 Championships is a sign that Jamaica’s future in the event is secure. That is the view held by Gillian Russell-Love, the first Jamaican to win the junior crown, who also believes that Olympic bronze medal winner Megan Tapper will inspire a new generation of fast Jamaicans.

Speaking not long after Nugent’s 12.95 second triumph in Nairobi, Kenya, earlier this month, Russell-Love said: “It means that we are continuing this pipeline from the juniors to the seniors. Megan goes on and wins bronze at the Olympics. We had two in the final, and three went through the semi-finals in the Olympics, so our presence is noted, and we’re making our strides, and we’re doing the things we need to do to get to the next level and to be present there and to be on the podium.”

Russell, who won the World Junior title in 1990 and 1992, said:”The pipeline is good. Coming from Champs, you see them every year,” with reference to multiple revisions to the record books at the ISSA/GraceKennedy Boys and Girls’ Athletics Championships in recent years.

The 1998 Commonwealth winner is optimistic for Nugent, who has just completed her first year at Baylor University in Texas.

“She just has to get stronger,” Russell-Love said. “I look at her frame, and she could get a little more strength in that regard. Never forget your speed. That hides a multitude of sins. So just get stronger and faster, incrementally, year by year.”

Noting that Baylor has a relay history that includes Olympic 400m champions Michael Johnson and Jeremy Wariner, the 1997 World Indoor 60m hurdles runner-up, Russell-Love said: “There are benefits to be had from doing different events, and it’s going to help your main event, and so I think, you know, being at Baylor and they have a strong tradition in relays, etcetera, more in the 4x4 than the 4x1, it won’t kill her. It will just get her stronger.”

Russell-Love reckons that Tapper’s bronze will inspire Nugent and Jamaica’s other 2021 Olympic finalist, the 20 year-old Anderson.

“I see her looking at Megan, not particularly gifted in terms of physical mechanics, to be great at this event, and she has managed to make this happen, and that’s going to tell the next person down the line, the Britany, the Ackera, whoever else is coming up, I can do that too,” she said. “That’s what’s going to happen, the torch has been lit.”