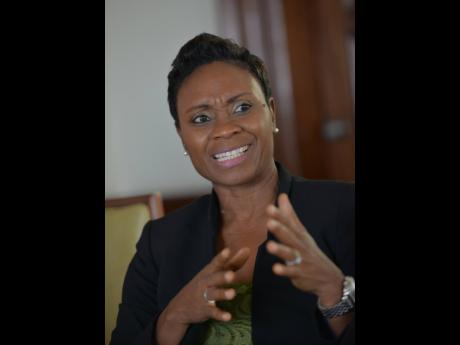 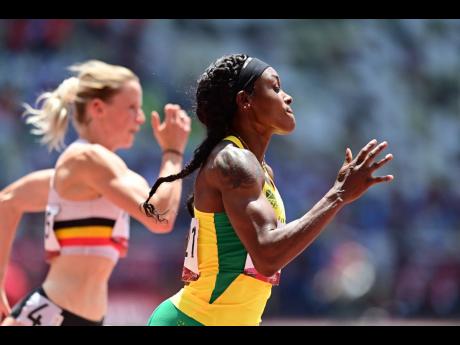 Gladstone Taylor
Elaine Thompson Herah competing in the Women’s 200m First Round heats at the Olympic Games in Tokyo, Japan, on Monday, August 2.
1
2

Jamaica could soon have the world records in the women’s 100m, 200m, and the 4x100m relay events. So says Juliet Cuthbert-Flynn, who helped Jamaica to win the first of its five World Athletics Championships sprint relay titles 30 years ago....

Jamaica could soon have the world records in the women’s 100m, 200m, and the 4x100m relay events. So says Juliet Cuthbert-Flynn, who helped Jamaica to win the first of its five World Athletics Championships sprint relay titles 30 years ago. Cuthbert-Flynn says athletics is in a new realm, with unthinkable records being brought into touching distance.

On September 1, 1991, Dahlia Duhaney, Cuthbert-Flynn, Bev McDonald, and Merlene Ottey set a national record of 41.94 seconds to triumph in Tokyo. With Briana Williams, Elaine Thompson Herah, Shelly-Ann Fraser-Pryce, and Shericka Jackson zooming to a 41.02 second in Tokyo at the Olympic Games last month, Cuthbert-Flynn says they can break the world record of 40.82s.

“Of course, I definitely think they can break the world record,” she said. “When you look at the Olympic Games from when we were competing, the 1940s coming down, coming down, women’s times, men’s times have been dropping, and I think it’s no different now.

“We’re going into another realm where records are being broken that we didn’t think was possible, and we are definitely there to do that. I think if we get the baton change right, the right circumstance, I think we can definitely do that for sure.”

Then she dropped a bombshell.

Cuthbert-Flynn, Olympic runner-up in both the 100m and 200m at the Barcelona Games in 1992, is convinced that Thompson Herah can breach the records set by Florence Griffith Joyner at 10.49s and 21.34 seconds.

The 29 year-old followed her Olympic double with a stunning 100m run, clocking a national record of 10.54s, in Eugene, Oregon, last month.

“Looking on the wind (0.9 metres per second) that she had in her race in Oregon, I think she can definitely break the world record with a little wind behind her,” Cuthbert-Flynn said. “Give her a 1-metre wind behind her and the right circumstance and everything for her, she will definitely do it.”

Thompson Herah and Fraser-Pryce are both expected to run at the Diamond League Final in Zurich, Switzerland, this week.