‘Leave of absence’ puts Taylor out of ODI series 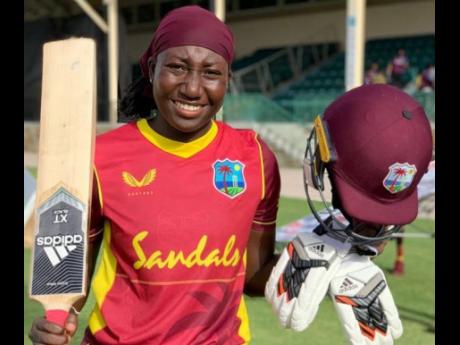 Cricket West Indies belatedly announced yesterday that the talismanic all-rounder would be unavailable after taking a “personal leave of absence”.

Taylor also missed the three-match Twenty20 (T20) series last week when she was forced to isolate here, after being identified as a primary contact of a positive COVID-19 case in Jamaica.

“The captain, Stafanie Taylor, will also miss this series, but it gives an opportunity for players to put up their hand and start to build on their performances as the team continues to prepare for the International Cricket Council Cricket World Cup qualifiers,” said lead women’s selector Anne Browne-John.

The 30-year-old Taylor, a top-order batter who bowls off spin, is the Caribbean side’s most experienced ODI player with 4,929 runs at an average of nearly 45 and 145 wickets at 21 runs apiece.

In her absence, off-spinner Anisa Mohammad will lead the 13-member squad announced yesterday morning, just hours before the start of the first ODI at Coolidge Cricket Ground.

Experienced all-rounder Deandra Dottin will serve as vice-captain, with the core of the squad from the preceding three-match T20 series retained.

“The T20I series had some creditable performances, and some of the young players have started to come through,” Browne-John said.

“Now that the CG Insurance ODI series is at hand, the players have to change their mindset and adjust to the longer format,” she added. “The squad shows a mix of experience and youth, which is good for future development.”