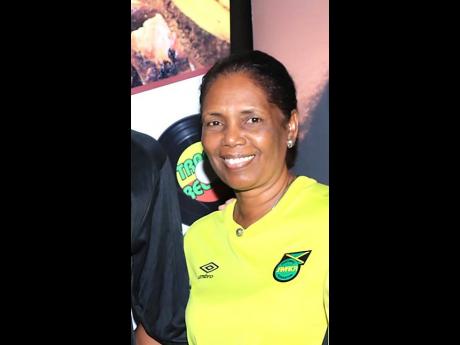 She passed on Saturday after a short period of illness.

Nelson, a former Jamaica Women's Football Association President, was one of the persons responsible for the formation of the national women's league in the 1990s.

She was also the team manager for the Reggae Girlz throughout their FIFA Women's World Cup campaign which culminated in the team's debut at the finals in France in 2019.

“Usually when the anthem plays I close my eyes, because it's so deep, so I expect it to be very touching," Nelson was quoted as saying regarding the national anthem before games. "I have always wanted to serve my country; it's fulfilling; it's an honour.”

The Jamaica Football Federation (JFF) says Nelson was "a stalwart and a giant in her support of women’s football".

"The JFF sends sincere condolences to her family and friends and especially the Reggae Girlz who have lost a matriarch. May her soul rest in eternal peace," the JFF said in a press release on Sunday.