Jimmie says | If wishes were horses, beggars would ride 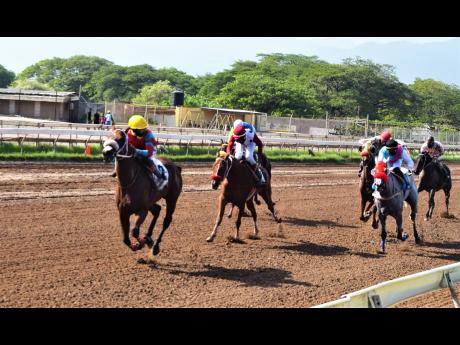 IT’s not only the number of race horses in training at Caymanas Park that has gradually waned, the overall quality and quantity of foals being produced at the respective stud farms have sharply declined, along with the importation of foreign-bred horses.

Add to the mix a continuous constriction of racehorse owners, fewer new bettors - amid ageing of the existing cohort – local racing faces immense issues, which have had the entire industry reeling for decades.

For the horse-racing industry to thrive, it first needs sufficient owners who can comfortably afford to purchase quality animals either from local breeders or by way of importation. Anything short of affordability, whether at the point of purchase or, later, maintenance of a thoroughbred, is a sure recipe for disaster.

A racehorse owner must first understand that there is no such thing as prize money with his or her name written on it. Ill-advised intentions to profit, break even, or depend on a horse to pay its keep have no place in ownership of a racehorse.

Owning horses has long been an indicator of wealth or a certain level of prestige. Horse racing’s claim to fame is being the ‘Sport of Kings’. There is also a proverb and nursery rhyme, circa 1628, ‘If Wishes Were Horses, Beggars Would Ride’, extolling the privilege of owning a horse.

Despite the commercialisation of horse racing, evolving from private match races among owners (ever wondered how the term ‘purse money’ came about) to syndicated ownership, there has been one constant: the ability of owners to afford the sport.

Financial advisers often compare owning a racehorse to acquiring a team involved in a professional sport. They are wrong. Pound for pound, owning a racehorse is actually far more expensive, with no guarantees. Owning a professional team guarantees season passes and gate receipts from a faithful fan base, TV-rights fees, buying and selling of players, merchandising, concessionaire stands, etcetera.

Locally, the line of owning racehorses has become blurred by ‘wishes’, causing mayhem and deprivation, which racing-industry insiders really don’t want to be revealed, partly out of shame and embarrassment.

It cannot be denied that the ill-conceived idea of introducing ‘claiming and condition races’ to Jamaica in 1993 changed the entire demographic of racehorse ownership for the worse. Inveigling a man of modest means to purchase a washed-up racehorse being passed off at rock-bottom price, because of lameness or lack of ability to earn, does not absolve him of maintaining that animal as though he were a king.

The appearance of ‘attracting new owners’ via claiming races, events in which horses of lesser ability are offered for sale on the cheap, has done nothing but cause a chain reaction of depravity, ranging from animal abuse to the loss of human dignity among those sucked into ‘wishes’.

If an owner can’t afford to maintain a horse, purchase the necessary supplements and foot veterinary bills, what will become of his financial dependants – horse, trainer, and groom? What contribution will that horse be able to make to the promoter’s business if it spends most of its time laid-up lame in a stable with a fan spinning overhead, 24 hours per day, at a racetrack dependent on the betting dollar?

There will always be the counter-argument of choices. However, if there is no supply, via claiming races, there can’t be a demand by those who can’t afford to own horses.

The Jamaica Racing Commission, which punishes offending trainers for breaching doping rules, actually aids and abets the depravity by allowing this same group of professionals to become owners of racehorses without providing financial proof that they are able to afford horse-ownership.

Like it or not, the depravity into which local racing has fallen affects quality and quantity across the board. If owners who can afford to maintain their horses are not allowed to do so until they decide to part with them, not forced to sell in a claiming race or wait forever in condition events to win a race, they will never return to local racing.

Similarly, if breeders are no longer guaranteed a steady clientèle of owners who can afford quality horses, it makes no sense for them to invest and replenish their stock. Also, if trainers are either left to own horses or demean themselves by working for free for majority of ‘claiming owners’, the centre will never hold.