Lawrence twins back in Ja to train 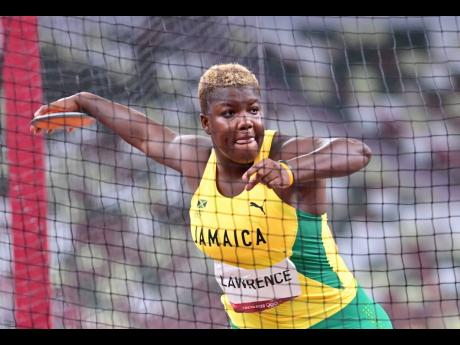 Olympic discus finalist Shadae Lawrence and her twin sister Shardia will both be training at home in Jamaica.

Shadae will be strengthening her coaching link with throws expert Julian Robinson and Shardia, the 2019 NCAA triple jump champion, will be training with Shanieka Ricketts, the 2019 World Athletics Championships runner-up.

While her Florida-based sister, with long-distance coaching from Robinson, became the first Jamaican woman to make an Olympic discus final in Tokyo, Shardia had a quiet year.

“I went to Chicago, and it didn’t work out, and everything was just harder,” Shardia said of her experience since she jumped 13.99 metres at Kansas State University. “In the United States, I didn’t have much support, same for my sister. Had to train like distance training.”

Her new coach will be Kerry Lee Ricketts, head of the Ricketts Performance Centre.

“I wanted to be with somebody who was serious about the future and about my future, and I felt like being in Jamaica where tack and field is a big thing, lots of support, being around people who have the same goal and plus the performance is showing up at every Games,” she said. “She’ll (Shadae) be training with Julian Robinson as well, and you know, we just took a leap of faith again, which is not a bad thing, and decided to come back home, both of us.”

The new jumps programme has begun.

“Everybody is excited, and I can’t wait to see my growth,” Shardia said. “Right now, I’m behind, but he assured me that, you know, we’re going to start from scratch, and we’re going to make things happen”

With the World Athletics Championships coming in 2022 and 2023, and the Olympics on for Paris in 2024, Shardia is enthused.

“I’m going to train like a maniac. That’s all I’m going to do,” she resolved. “I want that to be my job. Just train, and once I know that I do that and put in everything I got, that will be a wrap. I know that for sure. Coach knows that as well.”

Now 25, and eighth on the all-time Jamaica performance list in the triple jump, the former Vere Technical High School and Hydel High School star was delighted for her sister but rued not being in Tokyo herself.

“People were questioning me,” Shardia said. “I could have been depressed from that, you know, and I just kept my head high and did what I had to do and just support my sister.

“We always say that if one can’t make it, the other will because seeing her, how she performed, that was motivation for me.”