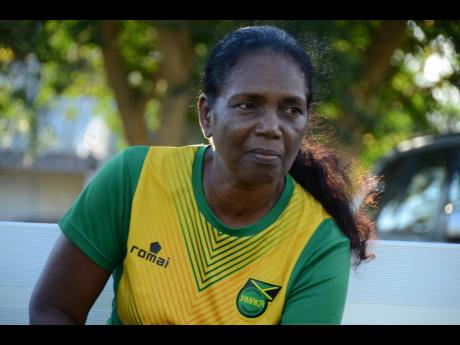 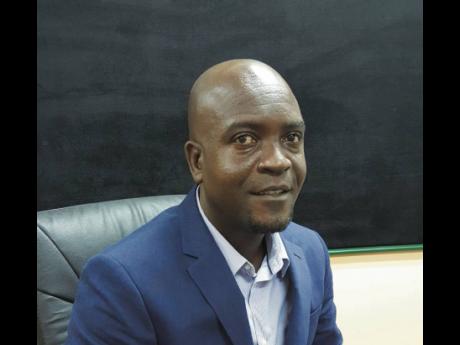 “When someone you love becomes a memory, the memory becomes a treasure.” – Unknown

That quote from an unknown author aptly describes the position I am now in with the loss of my friend and colleague Jean Nelson, someone I respectfully referred to as ‘Auntie Jean’.

I first met Auntie Jean in 1995 in my youthful years as a teller. She made it clear then that she admired my sharp look as she called it then, “the Pat Riley look”. A woman with a keen sense of fashion, she gave me a few more fashion tips. Do I need to say they paid rich dividends?

At that time, she was indulging in entrepreneurship and I became one of her customers. Whatever I needed, particularly in the cologne line, Auntie Jean would source and deliver. This, of course, made me a hit with the right people and earned me the envy of some male colleagues.

My relationship with this dignified lady grew but my regard for her would go sky high when, during our many interactions, it emerged that she was not only a former banker, but a former employee and, to top it off, a proud past student of our beloved St Jago High School. Could it get any better?

Amazing, the common ground we shared.

Our mutual love of the people’s game, football, would ensure that we became even closer.

Auntie Jean and I were to serve under the same banner and eventually operate out of the same office when she joined the Jamaica Football Federation (JFF). This happened during my early years at local football’s governing body. In those times, our former Communications Manager and Press Officer Nodley Wright and myself would have many discussions on football, especially women’s football and the state it was in. Nodley will not admit it, but he was very instrumental in convincing Auntie Jean that her expertise and knowledge were needed. From our perspective, this pioneer of women’s football in Jamaica was the perfect example of a role model for the ladies.

Her acceptance of a position at the JFF was a big reunion. We spoke of our early meeting and, being a woman of unshakeable faith, she reminded me that it was the Lord’s will why we met and why she accepted this new journey.

Auntie Jean believed in her intuitions, as her faith directed every move she made.

We shared many ideas. Yes, we had our differences of opinion and disagreements, however, we always ended up laughing as she would say something that would disarm me and all I could say to that was, “only Auntie Jean”.

There would sometimes be situations involving colleagues that made her very uncomfortable. I recall one such situation she shared with me in which she ended by saying, “Dem waah know mi before the Lord spoke to me.

By then I was floored as I could never imagine a rebellious Auntie Jean, though she had previously shared how she led a revolt at St Jago and another at Data Center.

It was known that Tuesdays were Auntie Jean’s fasting days. One Tuesday, I saw her at the office and asked her if she had changed the day of fasting. She smiled and responded, “Football mek yuh do all kind of things”. I took from that then, and it remained with me, that her service now to women’s football was God’s will.

Auntie Jean was what many would describe as hot. Her shoes matched her handbags, colours were coordinated, and every piece she wore had a story and its own life.

I would tease the young ladies at the JFF that they should take a page from Auntie Jean’s fashion catalogue.

While she always had a ready smile and was truly easy-going, she was not a pushover. She was a strong-minded woman, one who believed in God, her principles and herself. She would not be bullied and would often quiet wrath with a soft answer. She would be the first to let you know that technology presented challenges for her but she was never afraid to ask for assistance. This speaks to the other side of this wonderful woman – never afraid of being vulnerable.

As we reflect on the many memories of Auntie Jean, let us remember her for who she was –God-fearing, kind, strong, committed, passionate and filled with love for the sport and our country.

Her love for sport in general was unquestionable – especially track and field, as she was present at most of the events – especially the ISSA/GraceKennedy Boys and Girls’ Athletics Championships, where she would be reunited with old friends and basked in the rivalry, defending her St Jago athletes. She also shared a special relationship with one of our male Olympic medallists, whom she mentored.

In the last conversation I had with Auntie Jean in June of this year, she was sharing how she felt after the games in the USA. She was very reflective and emphasised that she thought it was time an understudy was provided to her.

She wanted to share her knowledge and expertise as she was just tired. I reminded her of her youthful appearance and her indomitable spirit.

Miss Jean Nelson has served and her epitaph should read same. I am disappointed that she was not nationally honoured for her contribution to the growth and development of women’s football. Jean Nelson is the real deal.

Football reflects life, the game ends after full and added time. At some point, we will hear our final whistle”.

Roy Simpson has been at the JFF for 11 years and has served as its senior men’s football team manager since 2014.