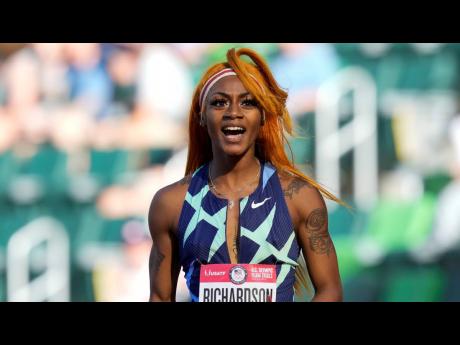 Cannabis’ future on the World Anti-Doping Agency’s (WADA) list of prohibited substances will be under further review in 2022 but biochemist Dr Aldeam Facey says that the pathway will be difficult for the substance’s restrictions to be relaxed in...

Cannabis’ future on the World Anti-Doping Agency’s (WADA) list of prohibited substances will be under further review in 2022 but biochemist Dr Aldeam Facey says that the pathway will be difficult for the substance’s restrictions to be relaxed in competition.

His comments come as WADA announced that it will conduct a scientific review of the substance next year, a decision that came from their Executive Committee meeting on Tuesday.

The decision comes two months after American sprinter Sha’Carri Richardson tested positive for cannabis and was subsequently suspended from competition for one month, preventing her from participating in the Tokyo Olympics. The suspension sparked debate on whether or not the substance, which has been legalised and decriminalised in several jurisdictions across the world, should remain on the prohibited list in competition.

Facey says that the main issues that have kept marijuana on the list have been the potential to give an advantage to the athlete by managing their pain threshold as well as its psychosis effects having the ability to cause harm to athletes, factors that have met WADA’s criteria for a substance being prohibited.

“If there are enough articles to validate or to support the claim that it is not harmful, especially to athletes who are over a certain age, then they could advocate for the use at least for athletes who are above 25 years of age,” Facey told The Sunday Gleaner. “But, based on the evidence that exists now, it will be very difficult for them to get that off the list.”

WADA says that, in the meantime, Tetrahydrocannabinol (THC), the main component of cannabis, as well as its natural and synthetic variations, will still be prohibited in competition for 2022.

Facey says that while a new study can be conducted as part of the review for new data, it will still take time to gather said data to make an informed decision.

“For all banned substances, there is constant research going on to continually support what has been established, and occasionally a substance may be removed from the list or one may be added, and that has happened before,” Facey said. “But constant research is needed and it would take a while for the research to be done to be replicated and validated for it to be substantial enough for a change.

From a policy standpoint, Jamaica Athletics Administrative Association (JAAA) President Garth Gayle says that they are monitoring the situation and will be advised by the medical commission on the matter.

Meanwhile, Jamaica Anti-Doping Agency Chairman Alexander Williams has welcomed the review and has committed to abiding by whatever findings and decisions that WADA takes on the matter.

He says that, during the review, WADA will have to consider not only the science of whether it meets the criteria to remain on the list but to debate the issue of how it affects the welfare of the athlete.

“The real issue is, is it performance-enhancing? Will it mask other performance-enhancing drugs? And also looking at the welfare of the athlete. It is in that latter category that tends to justify why cannabis and some of the other substances are on the prohibited list. Now, that is a philosophical position,” Williams said.

A possible option that both Facey and Williams say could be considered is increasing the current threshold of 150 nanograms per millilitre (ng/ml), which is allowed and will not result in a positive test.

However, former JAAA president Dr Warren Blake says that the effects of raising the limit will have to be explored, including the effects it can have on athletes.

“It depends on how much it is increased (because) it could allow for people to use cannabis in a recreational sense and I can see why stakeholders would be pushing for this to happen. As cannabis gets more and more accepted worldwide, the pressure is going to increase,” Blake said. “But, at the same time, they will have to be certain that they are not opening an avenue where athletes can bring harm to themselves.”