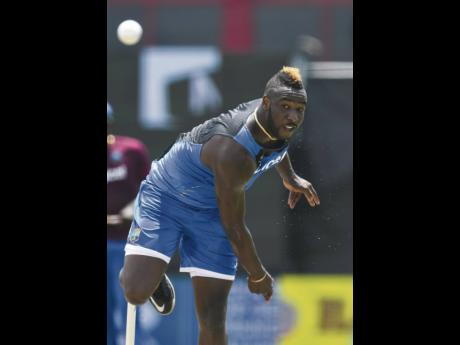 Asked to bowl first at the Zayed Cricket Stadium, KKR ripped through the RCB innings to send them tumbling for a paltry 92 all out off 19 overs, with the West Indies seamer snatching three for nine from three stingy overs.

Russell was backed up by leg-spinner Varun Chakravarthy who picked up three for 13 after being handed the new ball while New Zealand fast bowler Lockie Ferguson ended with two for 24.

Opener Devdutt Padikkal top-scored with 22 from 20 balls with three fours, but fell in the sixth over with RCB on 41 for two.

However, it was Russell’s double strike in the ninth over, having Srikar Bharat caught at deep square for 16 and bowled out AB de Villiers first ball by a deadly yorker, that hurt RCB.

On 52 for four at that stage, RCB never recovered and the last six wickets went down for 40 runs in quick time.

In reply, KKR made light work of the small total, to get over the line off exactly ten overs, with Shubman Gill hammering 48 off 34 deliveries and Venkatesh Iyer, an unbeaten 41 off 27 balls. The pair posted 82 for the first wicket.

When Gill, who counted half-dozen fours and a six, fell at the start of the tenth over, Russell was promoted to three but never faced a delivery as Iyer smashed three of his seven fours off the remaining balls to polish off the run chase.

The IPL resumed last weekend after a four-month break because of a spike in COVID-19 cases in India.