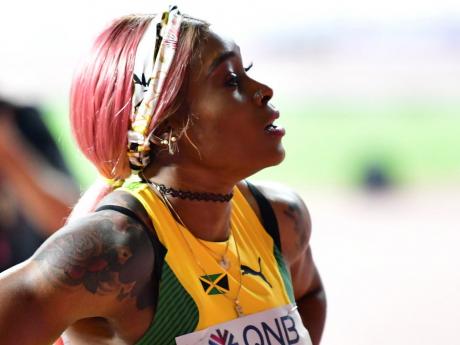 Thompson Herah: "I am the fastest woman alive so they are going to create some sort of news to distract the world so it's rumours of course."

Sprinting star Elaine Thompson Herah is denying reports that she has signalled her intentions to end her eight-year association with coach Stephen Francis and the MVP Track Club.

News surfaced today that her husband, Derron Herah, was preparing to take over coaching duties.

Speaking to Michael Holley and Michael Smith on NBC Sports' Brother from Another discussion programme, Thompson Herah described the reports as rumours.

"I am the fastest woman alive so they are going to create some sort of news to distract the world so it's rumours of course," said Thompson Herah.

“I have seen articles in the media that I have died before, more than once. There are always rumours in the media, they are always targeting me, I don't know why,” said Thompson Herah.

"It's probably because I didn't show up at practice. I am still on my rest period, so maybe they are just speculating why I am not at practice, but I just came back from the international circuit and we normally get like a month's rest and I am in my second week.”

According to our information, Thompson Herah indicated in a letter to the MVP hierarchy that she intended to end her relationship with the outfit.

Coach Francis has stated that he will wait to see what happens when Thompson Herah is scheduled to return to training in the middle of October.

"From my perspective, we start back practice just after Heroes Week and my philosophy is usually to see who turns up. In summary, I can't tell you what Elaine has said to me or what I said to her. If she tells you that is her plan, I will wait and see what happens in the middle of October," said Francis.

However, Francis said she would not be surprised if Thompson Herah or any one else leaves the club.