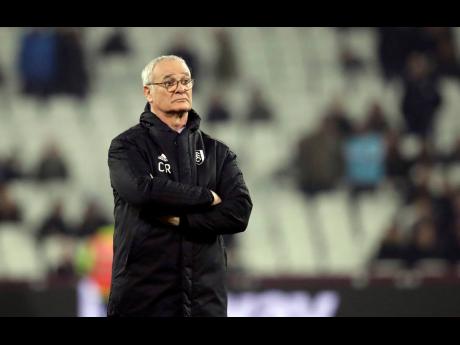 Claudio Ranieri is back in the English Premier League (EPL) after being hired as Watford manager yesterday.

The 69-year-old Italian replaced Xisco Munoz, who was fired on Sunday, and has signed a two-year deal at a club which has a recent history of getting rid of managers after only brief spells in charge.

Ranieri is most famous for leading Leicester to the EPL title in 2016 at preseason odds of 5,000-1, making it one of the most unlikely triumphs in sports history. He also coached Chelsea and Fulham in England’s top flight.

He was most recently at Italian team Sampdoria, which he left after the end of last season.

Watford are in 15th place in their first season back in the top flight after two wins in seven matches. Munoz was fired after 10 months in charge after a 1-0 loss at Leeds on Saturday, with the club based just north of London saying “recent performances strongly indicate a negative trend at a time when team cohesion should be visibly improving”.

Ranieri is Watford’s 15th permanent manager in a little over 10 years. Since the Pozzo family took over the club in 2012, there have been 14 full-time managers.

As for Ranieri, who turns 70 this month, it will be the 18th different club he has coached. He has also coached Greece.

His first match in charge of Watford will be against Liverpool in the EPL on October 16.