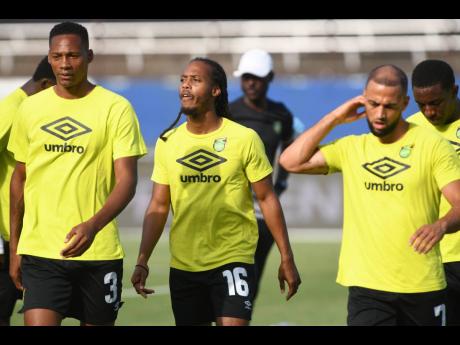 Football analyst Michael Hall says that the recent updates to the United Kingdom’s (UK) travel requirements will give the Reggae Boyz a better opportunity to integrate and perform together, as they look to climb up the standings in the final round of World Cup qualifying.

Jamaica continue their quest to qualify for the World Cup tomorrow, when they face the United States at the Q2 Stadium in Austin, Texas, before hosting Canada on Sunday and then playing away to Honduras the following Wednesday.

Additionally, the previous ‘Red List’ has been slashed from 54 to nine countries.

The United States, Jamaica and Honduras are not on the Red List, and Hall says that can only bode well for a team that had to field different squads last month.

“The fact that they will be able to stick with that 24-man squad for those three games is going to make a tremendous amount of difference. Although based on the previous three games some would argue that those who played against Costa Rica and Mexico should be the ones who should play. (But) I think it is a huge positive compared to the first three games that we played,” Hall said.

The majority of the England-based contingent, which included West Ham striker Michail Antonio, only played one of Jamaica’s three opening games to start their qualifying campaign, a 3-0 loss to Panama at home on September 5.

Mexico and Costa Rica, the other two opponents, were among the red-listed countries and they would have faced long quarantine requirements, which caused a dispute between FIFA and the English Premier League.

Former national assistant coach Bradley Stewart said that what will be important, especially for Antonio’s case, is the knowledge of how to use his attributes to get the best out of him if he is to get another chance to lead the line.

“It is more whether or not there is an understanding among the players as to what Antonio brings to the game in terms of his speed and his ability to score goals. What is it that the other players around him need to do to create goalscoring opportunities?” Stewart reasoned. “If there is that understanding, then there is no problem in giving a player of his ability an opportunity to start.”

Stewart also brought up the concern of the financial costs of bringing a large number of England-based players into the fold with a view to better maximise the resources with a more concentrated team going forward.

“We are wasting a lot of resources bringing in all of these large numbers of players out of England when we could concentrate on 30 players. You don’t need those kinds of numbers.”

Jamaica will have 24 players available, a smaller squad from the 35 called up during the last set of qualifiers, to manage the travel restriction issue.

Cavalier goalkeeper Jeadine White was a late inclusion into the squad for the United States game. The Reggae Boyz are at the foot of the eight-team table with one point from three games.

Available for Canada and Honduras games